Music: GVosti – I Got You 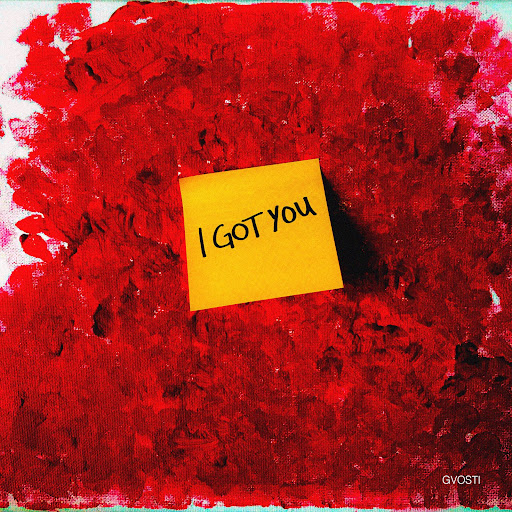 I Got You by GVosti is officially out. (Gee-V-oh-stee) is an NYC based producer, engineer, songwriter and musician. She works in all steps of the creative process – engineering, producing, songwriting, performing and mixing. She loves to see a song through from start to finish and appreciates every technical and creative detail along the way. Her DIY attitude makes for authentic and personal sounds, which can be felt on her emotive new single ‘I Got You’.

Capturing a dialogue about mental health, GVosti expresses the mood of the track through wistful vocals and lyrical phrases that layer a droning and repetitive rhythm, meant to reflect the repetitive, cyclical, tiresome feat of dealing with anxiety, depression or other mental health issues.  Ultimately, the song is uplifting as the lyrics remind us that we can face these challenges and if we want to help ourselves or those around us we can talk, ask questions and most importantly we can listen.

GVosti shares more about the meaning of the track:

“I Got You is a conversation between two people about mental health. It is from the perspective of someone who wants to help and be supportive. I wrote this song in early covid when I was having a hard time, and most people I knew were too. Everyone processes difficult times differently, some want to talk while some want space. You can support someone in your life by listening to their needs, and you can support yourself by doing the same.

Based in NYC, Gina Vosti attended NYU where she received a degree in Music Technology. Gina credits her time in New York as what established her creative identity. Drawing inspiration from the world around her to inform her music, she tries to create music that people can relate to so that it can help them in their own lives.

In 2020 she released her debut EP ‘Reaction’ under her artist name GVosti. The release has already accumulated over 130,000 streams on Spotify, showing that this artist will only grow stronger.

Listen To I Got You By GVosti

I Got You by GVosti

Music: Kan Wakan – No Sweat Off My Back