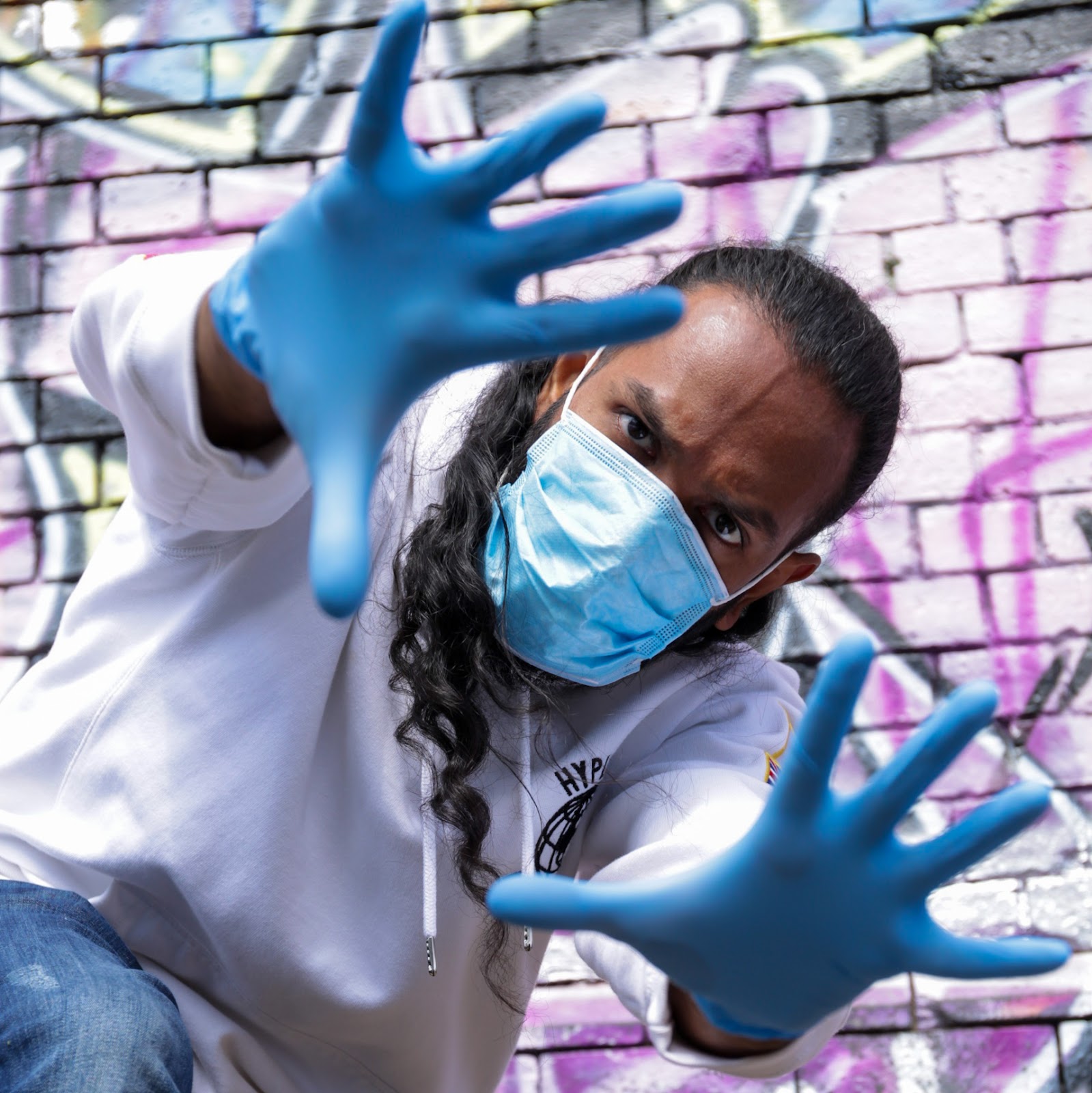 UK based American Hip-Hop artist El Jawani just released his feel-good single ‘No Hands (Covid-19)’ opening up about his challenge to recover from Coronavirus. This is the first offering from his forthcoming debut album and the proceeds earned will be going to the NHS Heroes. 300Cam and JCaspersen who have worked with the likes of Fetty Wap, Jim Jones, Kirko Bangz, YFN Lucci and Young Bleu are behind the slick production of the track.

El Jawani says ‘‘After surviving the Coronavirus and holding on to my life, I got  inspired to write this song with the aim to provide a positive message, raise awareness and support towards our Health Care Heroes’’.

El Jawani is not a stranger in the music industry. His live performances with the energetic choreographed dance routines to mellow unplugged acoustics gained general acclaim from the audience and critics through    the years. He won the MTV TRL competition selected by 50 Cent and Hip Hop/Rap group G-Unit’s Lloyd Banks praised his slick lyrical metaphoric punchline, performance and humour. He was the support act for Jay Sean in the UK and has also toured across the United States, Europe and Africa as a solo act. Last but not least, his single ‘No Hands (Covid-19)’ took the world by storm with 10K+ streams on Spotify within the first 24hrs of the release.

Influenced by Snoop Dogg, Michael Jackson & Childish Gambino, El Jawani created his own style that is a combination of Hip Hop/ Rap & New Jack Swing. The catchy chorus line, the heavy bass line at the beat, the feel good lyrics with the melodic memorable rhyme style within the verses will make ‘No Hands (Covid 19)’ stick in your mind sending at the same time a positive message  for those on the front line at the NHS.

2020 is going to be a busy year for El Jawani. He is currently working on his debut album with Grammy Nominated producer Freek Van Workum who is collaborating with the likes of 21 Savage, 2 Chainz, Tech N9ne, B.o.B and Kid Ink. Keep checking his social media for the latest updates.

Tizane – ‘He Took It All Back’