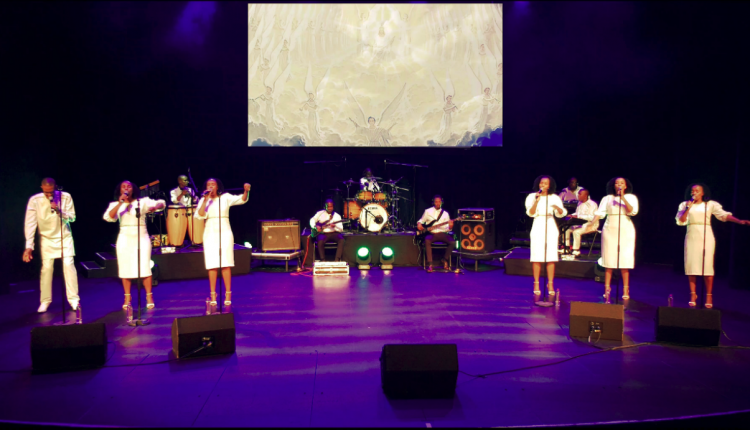 After much anticipation from gospel music lovers, the long-awaited new album titled “Worship King Of Kings” by Holy Life Family is finally here. This new gospel album is an embodiment of what a top-notch gospel album should look like with carefully curated good tracks that are worth listening to repeatedly.

The entire album, housing nine powerful tracks, tilts towards the works of God’s grace and love.“Seated on the throne” is one of the most polished tracks on the album. It starts with a seemingly excited audience, and a sudden thrust of the band with a blend of the bass guitar, followed by alluring chords from the piano.

While Holy Life Family’s writing on “Worship King Of Kings” is pretty sublime, they break no new ground and fall into the easy mold of generic, Pentecostal praise and worship lyrics.“ Elohim” is one of my favorite songs on the album. It’s one of those tunes you love at first listen, especially for those who have been listening to music for so long. This is an album about praise and worship to God, it’s about declaring God’s sovereignty and Lordship over all situations and circumstances

This album is full of power and full of passion. Holy Life Family has made a stunning album here. They poured out their soul into it and it comes out in these amazing 9 tracks that make up their newly released album. What I loved most about this album is the fact the listener is given space to worship and is not overpowered by the music and the vocals. The album layout line follows a hierarchical pattern such that each song ushers specific moods coordinately. This album is the perfect mix of solemnity, sobriety, and Holy Ghost vibes and has a song for every mood and moment.

Despite being a great album “Holy Life Family” sang majorly in their native South African language in all the tracks with the exception of “Elohim” and “seated on the throne” which was mainly English. They fail to under that they are some non-South Africans who might not be conversant with their native language that might be interested in listening to this album. Kube Nguwe, Umoya Wam, Muhulu Wa Maduvha, Mukutsuri, Wakrazulwa, Hi Ta Hlola, Woza Ihlanganala are some of the notable good songs that were sung in the native South African language.

Check out the album below and be sure to share your take in the comment section beneath.

Seated On The Throne

Recommended For You More from author
Music Review