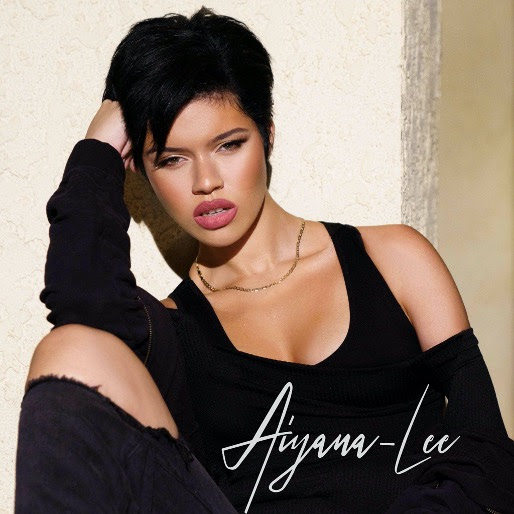 “The song really represents being a broke outsider, but having this fire within you that propels you forward…”, Aiyana-Lee explains. “It’s about being rich in your soul, not in your wallet, and being the best version of yourself, because ultimately that’s something money can’t buy…”.

When Aiyana-Lee was 15, she and her mother moved to Los Angeles so Aiyana-Lee could pursue her dream of being a singer, writer and performer.

“My mom sacrificed everything,” Aiyana-Lee said. “We struggled, had financial troubles, including the loss of our home. We lived eating canned foods together and we’d make a good time of walking down the street and people watching, laughing when we didn’t even have a dime to our name. That’s what the song ‘Rich Kids’ is all about. It’s my story, but I feel like we’re speaking to people who still go through the same thing.”

Growing up surrounded by music—her uncle was David Ruffin of The Temptations, and her grandfather was famed American soul singer Jimmy Ruffin—she began singing at age two. Jumping on stage whenever she had the chance, she’d grab the mic and belt out lyrics as a toddler when her mother brought her on tour. An artist whose vocal depth speaks for itself, Aiyana-Lee is the most recent signing to legendary music executive L.A. Reid’s entertainment company HITCO.

“With the voice of a goddess, there is a tone and depth that’s evident in Aiyana-Lee’s music that makes it hard to believe the newcomer is only 20 years old. I am proud to present Aiyana-Lee as the newest member of the HITCO family.” – L.A. Reid

With athletic vocals that are both powerful and emotive, Aiyana-Lee’s voice is a refreshing, powerful sight to behold. Stay tuned for more to come from Aiyana-Lee this fall.