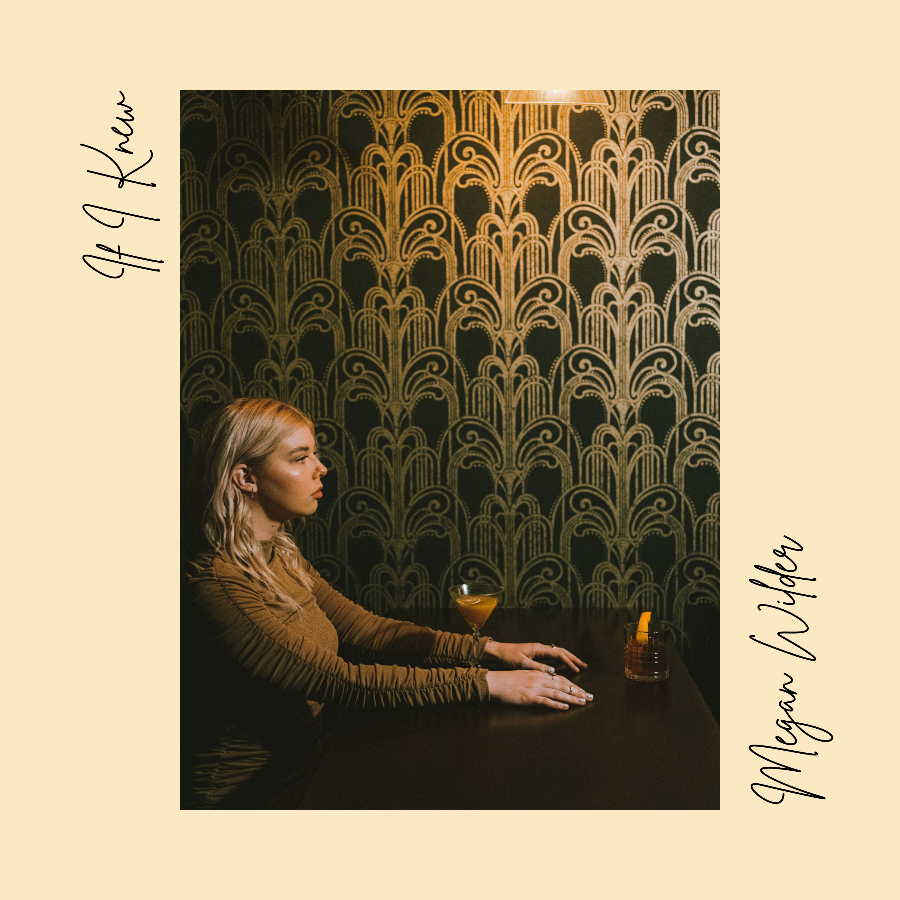 Megan Wilder releases your new favorite country sad song, “If I Knew.” The single is available now on all streaming platforms. You can listen here.

Megan Wilder releases your new favorite sad song ‘If I Knew.” There are songs that are written well, and then there are songs that cut to the bone. Her voice not only washes over you, but seeps deep in and infects you with emotion. The pain in her voice is evident as she sings extremely relatable break-up lyrics. This is one of those songs. For Megan, this song is about rising from the ashes of a toxic relationship, but the duality of the hook line makes this relatable for just about anyone.

She sets it to simple acoustic guitar driven production, making the vocals the shining focus of the track. The entire song is underlaid with a quiet strength. Regardless of the song being one big question that lyrically is never answered, Wilder answers in a different way. A resounding “no” can be heard through her strong vocals, and the steady pulse of instruments that all grow in conviction from the first breath through the last notes.

This is the perfect song for anyone who needs a little catharsis, whether that be because of a breakup, or because they’re ruminating on past mistakes, or because they just need to relate to someone, or any other emotional turmoil that just needs a companion to help get it out.  “If I Knew,” promises a bright future for Megan Wilder.

Biography: Megan Wilder, a 25-year-old native of San Ramon, California gained massive exposure on season 13 of The Voice. She credits a strong line of female country artists such as Shania Twain and Martina McBride melded with pop influences like Lennon Stella and Julia Michaels; she’s created her distinctive sound. Her rich, warm, classic country tones mixed with her California pop influences have landed her multiple opportunities starting at an early age.

Wilder built a solid fan base in and around Northern California singing the National Anthem at the San Francisco Rock ’n Roll Half Marathon and many other events, playing Campbell, CA’s Oktoberfest in 2018, opening for Warner Music Nashville’s “The Last Bandoleros” on the West Coast leg of their tour, playing the Kenny Rogers Children’s Telethon in Sikeston, MO and eventually landing her own headlining slot at The Hotel Utah in San Francisco, CA.

All of this only continued to fuel her hunger to perform on bigger stages. “I’ve wanted to write songs and sing them for people for as long as I can remember. I don’t have a plan B”.

Exactly one month after graduating from San Francisco State University, Megan packed up her Honda Civic, and drove from San Francisco, CA to Nashville, TN where she currently lives. Since arriving in Nashville, Wilder has hit the ground running, writing and playing more than ever. She co-wrote and released her first single, Hopeless Romantic, in February 2021. Her bubbly, candid, straight forward personality and relatable story telling, continues to win over the hearts of new fans as she pays her dues as the new girl on Music Row.