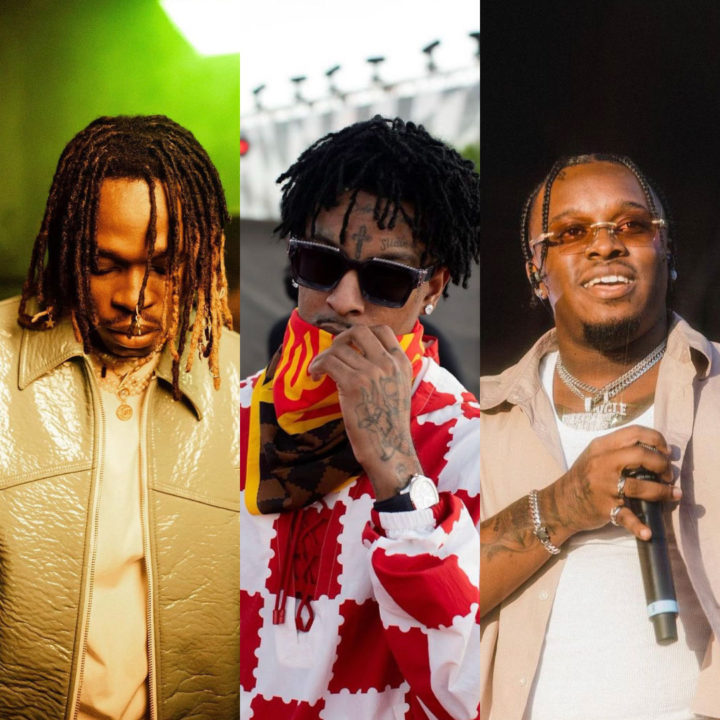 As Fireboy DML continues his US tour, the record-breaking song “Peru” follows suit. After hitting milestones with the Ed Sheeran-assisted “Peru” Remix, Fireboy DML presents another version, from the stables of YBNL and EMPIRE. This time, he collaborates with renowned American rappers, 21 Savage and Blxst.

Prior to this release, the previous “Peru” remix, assisted by English singer-songwriter Ed Sheeran, have been doing wonders, on the charts, the radios and the streets. It broke the record for the highest Billboard Hot 100 debut by a Nigerian in Afrobeats history, hitting the 79th spot, it also became the third Nigerian debut in less than a year.

In fact, the entire YBNL imprint have been on fire in recent times, from Olamide signing Asake to the imprint to assisting a couple of hit records, the likes of “Omo Ope,” “Zazuu Zehh,” and T.I Blaze-led “Sometimes” Remix. The signs are clear, 2022 would definitely be a good year for the clan.