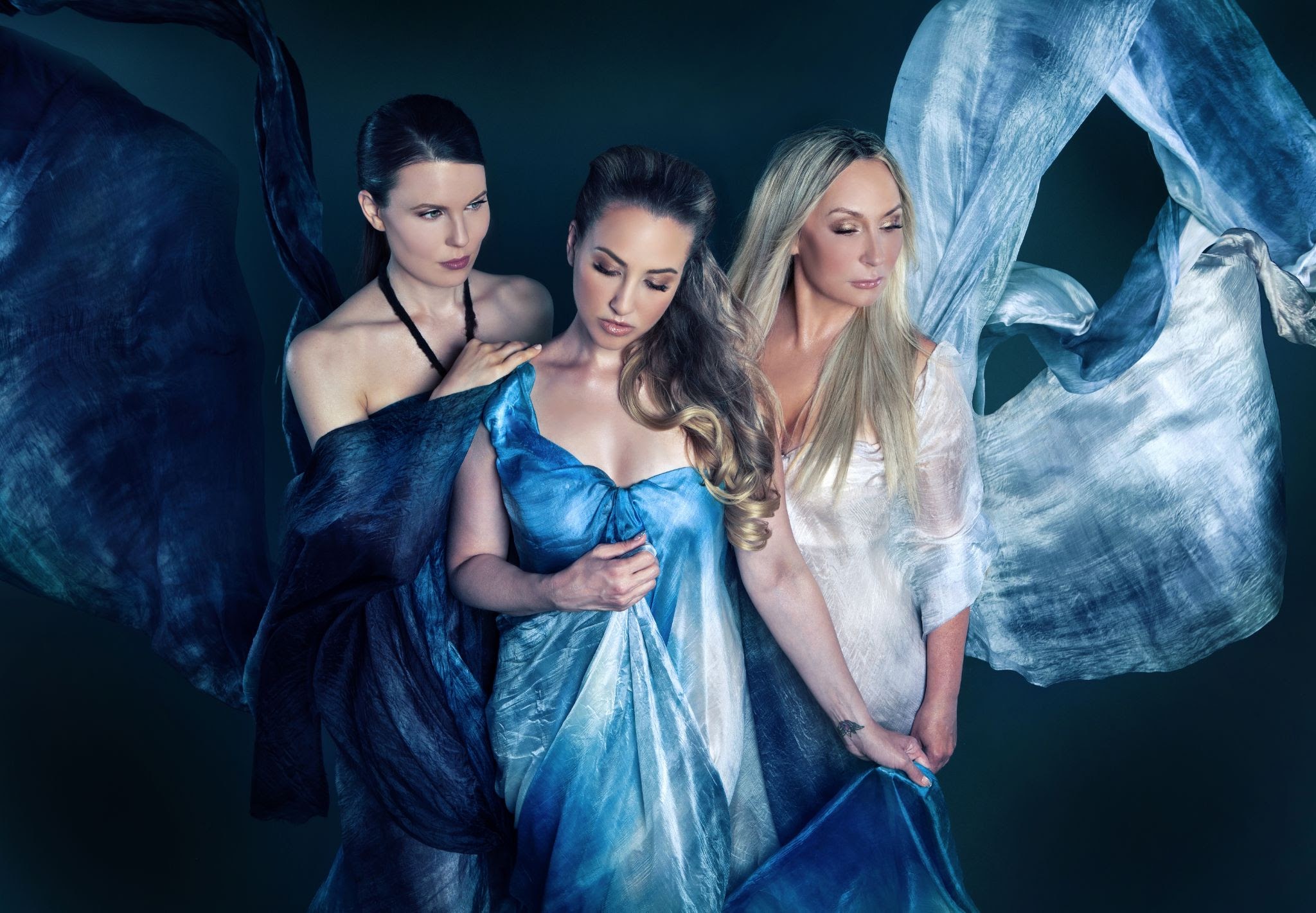 Wild And Free By ViVA Trio: Symphonic Pop three piece ViVA Trio have released their newest single ‘’WILD and FREE’’. Multi-Platinum producer Ryan Louder best known for his work with Dua Lipa and Dido is behind the slick production of the track, a co-write with the trio. “WILD and FREE’’ features soaring vocals, a dramatic chorus and symphonic and electronic instrumentation, which leads as a powerful continuation of their previous single “LORIEN” from their upcoming concept album WINTER LEGENDS coming next winter. Their new music defies categorization with the whole album promising to contain a kaleidoscope of genres all performed in ViVA Trio’s signature style.

Musically, the strong operatic vocals channel the grandiose nature of ‘‘WILD and FREE’’ and it feels like the poetic anthem of a female warrior. For this concept album, ViVA Trio created a fantasy storyline spun from Russian and Danish folklore. With each release, ViVA Trio breathes new life into these legendary characters and dives more and more into their realm of fantasy.

This is also evident in the cinematic music video of ‘‘WILD and FREE’’, which introduces each member’s spiritual, animalistic personas. Their costumes have been designed by the well-known Canadian designer Elina Ten who has worked with Celine Dion and take inspiration from the Marvel movies and fantasy films like Lord of the Rings. Drawing on the limitless capacity that fantasy storytelling has to offer, ViVA Trio has big plans of elaborate videos, hand-made costumes and full character makeup for their future releases and for the staged show of WINTER LEGENDS. ViVA Trio says of “WILD and FREE”, “Musically, we love to push boundaries, and cinematically, this is only the tip of the iceberg of what’s to come!”

Having already appeared in two commercials in South Korea, for the five-time Korean Baseball Series Champions, The Doosan Bears, and Doosan Group as well as performing live on Global TV’s The Morning Show, and CHCH’s Morning Live, they have also received support for their music video ‘Here To Stay’ on Strimeo TV. Their debut album NOTHING ELSE MATTERS was recorded live with a 52-piece orchestra and got international recognition with regular airwave rotation. ViVA Trio have already toured Canada, USA and Europe with multiple standing ovations at every show.

This award-winning Canadian soprano group brings the drama, the beauty and the fantasy with their new stunning cinematic release “WILD and FREE”. Watch the legends unfold on ViVA Trio’s socials and experience “WILD and FREE” on Spotify, Apple Music and all music streaming services worldwide.

Wild And Free By ViVA Trio| Listen Below

Wild And Free By ViVA Trio