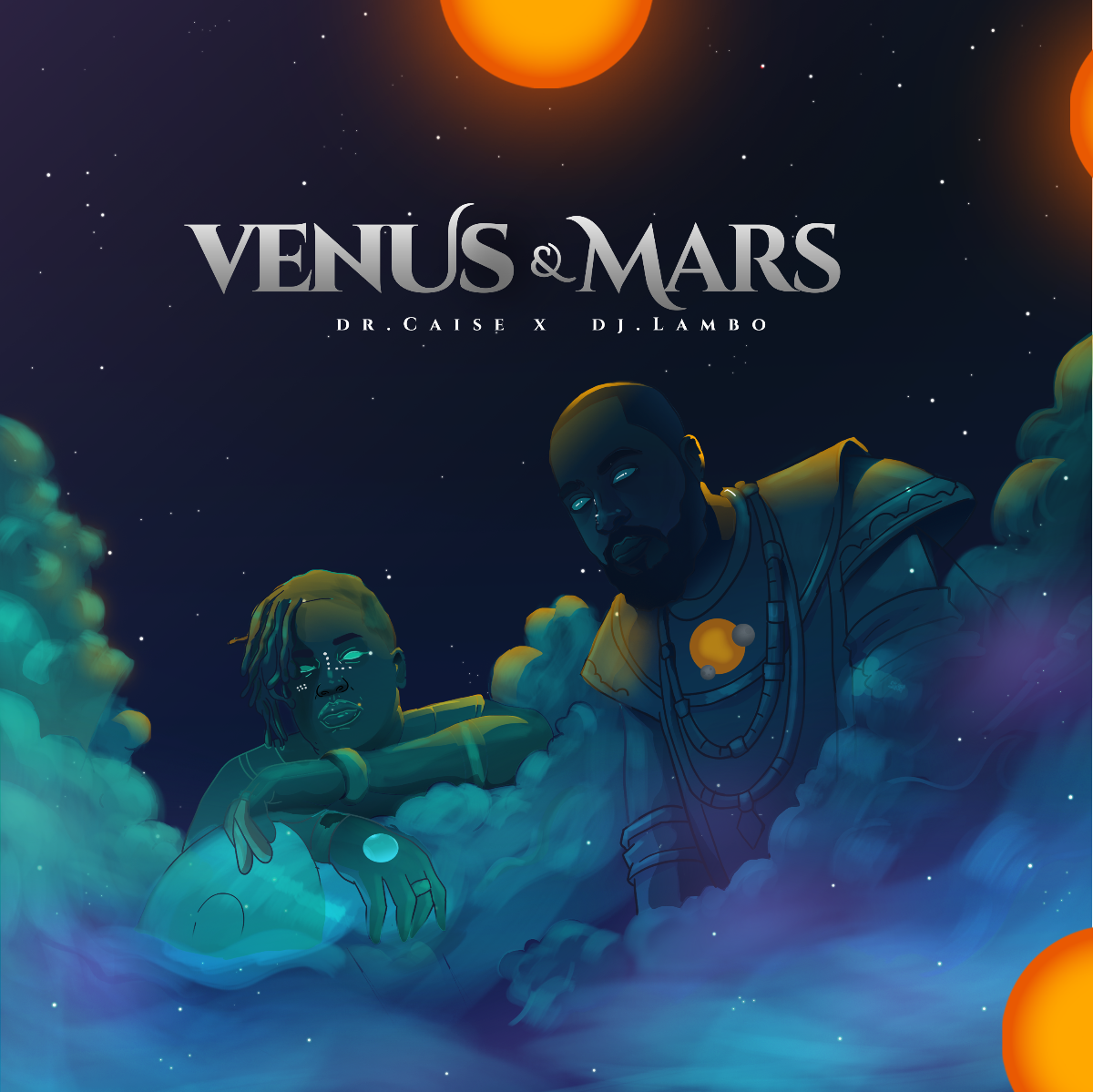 “More than music”, strong, sensual, and powerful are the words used to describe the musical genius in this EP. Self Produced by Dr Caise and DJ Lambo and with Co-production, Mix/Mastering by Bennie Macaulay,’ Venus and Mars’ is sure to captivate. The EP which opens with ‘Sirius’ co-produced by Bennie Macaulay, offers five magically created songs. “Rigel” is the second track in the EP; an amapiano sound whose beginning already gives the listener a reason to stand up and dance.

With other tracks such as “Canopus ft. Praiz (Co-Produced by Bennie Macaulay)”, “Alioth ft Ice Princeand Brown Joel” and “Algol”, the ‘out of the world’ concept is obvious, as seen in the title of tracks. “The EP is out of this world and knowing that the title is Venus and Mars, the tracks were named after the Galaxies”, Dr. Caise had said.

‘Venus and Mars’ EP, according to DJ Lambo is “a 5-track EP exploring the journey of two great artistes with features from seasoned artistes like Ice Prince, Praiz and Brown Joel, where I and Caise capture special moments in time. I love house music and he does too. We decided to look for a perfect balance between Afrobeat, House music, Amapiano. It is really out of space. That’s why it’s venus and mars. We can’t wait for the world to hear it. It took a while in making and is definitely a good one.”

On his part, Dr. Caise describes the EP as more than music; “This EP is definitely more than music. We captured a moment in time. We started based on vibes and playing around. It has different elements. It was an experiment and watching the reaction, without promo gave us excitement. It is a practice of living one’s best life.Venus represents male (myself) and Mars represents female (Lambo)”

Dr. Caise and DJ Lambo’s ‘Venus and Mars’ EP is indeed the perfect balance of Afrobeats, House music, and Amapiano and is out today, on all digital platforms. Stream here