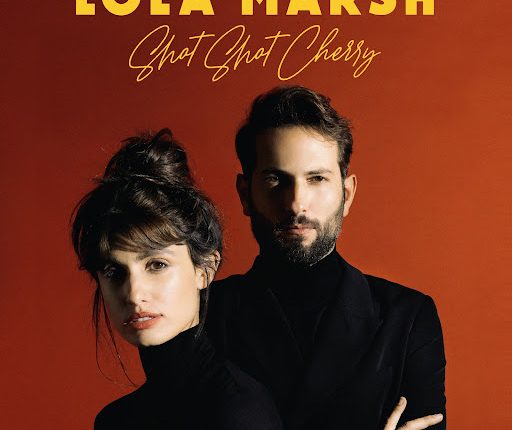 Israel’s Lola Marsh leans into the uncertainty of the pandemic with their hypnotically infectious video, Shot Shot Cherry, the lead single from the album ‘Shot Shot Cherry’ out now via Universal’s Polydor Records.

Lola Marsh’s core members, Yael Shoshanna Cohen and Gil Landau, started work on Shot Shot Cherry while locked down in their respective apartments in Tel Aviv during the initial wave of the pandemic. Creating music under restrictive circumstances pushed the band to experiment with edgier sounds and dance elements while continuing to dig deeper into the distinctive magnetic indie pop style they’re known for.

‘Shot Shot Cherry’ weaves together colorful retro textures with powerful lyricism, delivering a soundtrack that’s both catchy and cathartic all at once. The title track draws on a sense of helplessness brought on by the pandemic and was written after the duo had to stop their European tour short and return home. Rich harmonies and a danceable backdrop are contrasted by all-too-resonant lyrics, “The world’s about to end / So drink up and pretend.”

The release is accompanied by a music video created with director and architect A.T. Mann, filmed at Ramon Intl Airport, one of the buildings he designed. Lola Marsh unleashes their musical energy in the airport’s empty halls, rooftop, and tower, setting the world back in motion.

On the inspiration behind the title track, Lola Marsh explains, “‘Shot Shot Cherry’ was written in a time of global uncertainty. In the middle of our European tour, we had to stop everything and return home because of the covid outbreak. We were feeling depressed, helpless and like the rest of the world, all we could do was wait. So we wrote this song, and it was like the lyrics wrote themselves.”

Lola Marsh, aka vocalist Yael Shoshana Cohen and multi-instrumentalist Gil Landau, create music that combines clever lyrics with deep warm harmonies. The duo’s meteoric rise began in 2016 with the release of their impressive debut EP, You’re Mine. This was followed by their first LP in 2017, Remember Roses, which amassed more than 72 million Spotify streams and garnered praise from NPR, Paste Magazine, NYLON, Observer, Interview Magazine, and The New York Times.

Their momentum continued with their second album, Someday Tomorrow Maybe, which accumulated over 50 million Spotify streams. Along the way, Cohen and Landau co-wrote a song for the 2016 Kevin Costner film Criminal, recorded a cover of Frank Sinatra’s ‘Something Stupid’ for the AMC series Better Call Saul in 2018, and contributed their song ‘Only For A Moment’ to the 2022 Netflix movie Purple Hearts. Lola Marsh continues to push their sound in new directions with their new album, Shot Shot Cherry.
Shot Shot Cherry is out now across platforms via Polydor. Lola Marsh will support the release with a show at PowerHaus (FKA Dingwalls), Camden, on November 8th.