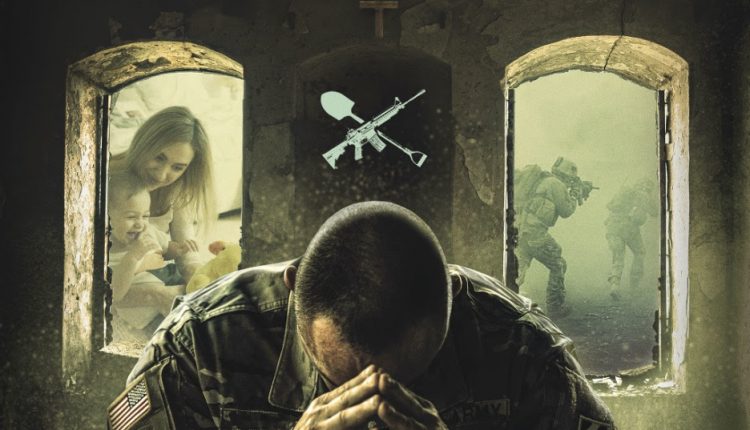 United States Army veteran and singer/songwriter Malachias recently released his debut solo album “For Those That Remain.” You can listen to it HERE!

The life story of the American military veteran, For Those That Remain is dedicated to all the veterans who are still standing tall and living their lives, regardless of their injuries – either physical or mental – and to the family members who have lost loved ones either in combat or through suicide. This album seeks to put a spotlight on the sacrifice our military service members and nations warfighters give daily on a basis.

With patriotic lyrics like take our hand and we’ll walk you through, we’ll walk shoulder to shoulder with you, the title track shines a light on the camaraderie American military members share for one another.

“I’ve been sitting with this album stuck in my head for several years,” Malachias explains. “The purpose of For Those That Remain is to tell the life story of the military veteran – from the desire to want to join as a child and take his place in the family legacy, to the differences after coming home from combat, to finding a new purpose after the military. Having lived every one of these songs myself, I felt like it was a story, in its entirety, that needed to be told…not just from the perspective of the veteran, but also from the loved ones in the family as well.”

About Malachias:
Malachias was born and raised in Fort Wayne, Indiana and grew up listening to Elvis Presley, Buddy Holly, Fats Domino and Southern Rock music. He always had music in his heart and mind from his childhood all the way through his school years. Right after high school, he helped launch the first of what would be many bands throughout his 30 years in music.

Malachias served in the Indiana Army National Guard as both a Combat Medic and an Infantryman. During his time on active duty, he deployed to Iraq twice – once as a medic and then a second time as an Army Bandsman, fronting the 3rd Infantry Divisions rock/county cover band “Sasquatch.”

Over the years, Malachias fronted many different bands in multiple genres, including Rock, Blues, County, Punk, Metal, and Alternative. In 2004, he had his first taste of music stardom with his rock band “Severence.” He had driven to Chicago to audition for the TV show INXS Rock Star and was kept behind by the staff to inquire about his original music and his band. Shortly after that, “Severence” fell apart and Malachias re-enlisted in the U.S. Army as a Combat Medic (Health Care Specialist).

Malachias has been compared to many different vocalists, such as Scott Stapp, Layne Staley, Sully Erna and Chad Kroger, but he brings his own vocal flavor to the stage. He has been blessed to learn under the tutelage of Brett Manning (Singing Success). His music is a mixture of Hard Rock and Southern Rock and his faith is sprinkled throughout the lyrics.

Malachias retired from the Army and moved to the Nashville, TN area in 2014 and released his debut solo album For Those That Remain.