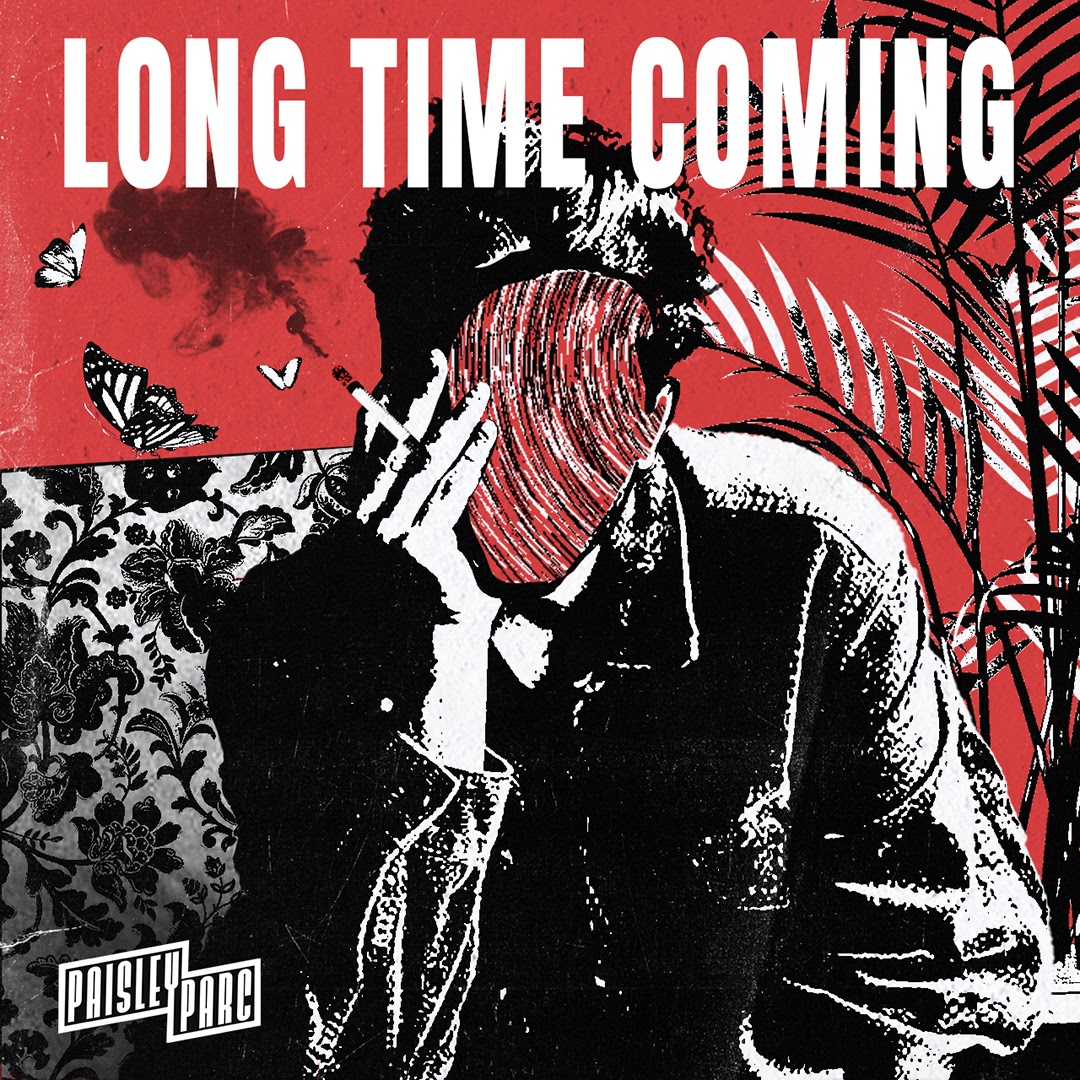 The Welsh Indie Rock Bank Paisley Parc Are back With Their New EP – Long Time Coming.‘Long Time Coming’ couldn’t be a more fitting title for Paisley Parc’s new EP .The seven track record of upbeat, melodic indie rock songs captures everything that Paisley Parc stands for; young romance, growing up and finding a way in today’s world. Like a lot of music released in the past year, the EP was born out of lockdown as Paisley Parc planned to play multiple shows in London at the beginning of the year. Eager to get their music out to their growing fanbase they took to the studio with Welsh producer James Weaver to piece together the record  that would act as their legacy to this strange and bizarre time.

“We believe that using the time of lockdown due to the Pandemic is something that will eventually prove to be a positive for us and our fans. The word Pandemic has Greek origins meaning ALL (pan) and PEOPLE (demos) and we hope that all people from all over the world will eventually get to hear and appreciate the music that we were able to write, record and produce over this period.”

The EP opens with stand out track ‘Hey Lady’ which features a huge heavy bass riff and extremely catchy hook,  the story behind the track’s lyrics describes a young lads Friday night out on the town meeting women that he inevitably will regret going home with in the morning. This opener fits well within the theme of Paisley Parc’s music and acts as a perfect jumping off point for the record. Second track, ‘LOST’ was the most recent release from the band, the interesting concept behind the track is the story of a younger boy who is allured by an older woman or a ‘cougar’,  quickly realising he’s out of his depth, regretting it all and feeling lost. The inspiration for the track is based around the classic 1960s  film ‘The Graduate’ which follows much of the same story line and features the infamous ‘Mrs Robinson’.  ‘LOST’ is Littered with crunchy riffs and clever, catchy vocal melodies from lead singer Jack; all  tied together with  heavy backbeat drumming.

‘Never Played It Safe’ takes Paisley Parc in a slightly different direction, the heavy hitting ballad brings a lot of emotion and takes us on the journey of a character reflecting on their past having made a lot of mistakes but always learning from them and embracing them as their own.  This track is already a crowd pleaser that is bound to have audiences chanting back every word.

“A classic easy listening rock song with a feel good hook that makes you want to drive Route 66 in an open top Cadillac and remind yourself that your destiny is in your own hands” -‘Take Control’ is the fourth track on ‘Long Time Coming’, written in the midst of the pandemic it acts as a way to demonstrate the bands willingness to crack on with their musical journey and overcome the challenges that came with Covid. Other new material from the EP includes ‘Come Around’ a curveball track which shows the bands extensive range of songwriting abilities.

‘This Way’ is an already released track from the record which follows a typical teenage love story and captures the infectious, youthful and rebellious energy of the band coming complete with a professional, polished music video. Similarly the final track of the release ‘CD’ was the first of the series of music which Paisley Parc brought out throughout 2021 and has also had huge success on streaming platforms, added to numerous new music playlists.  Both ‘This Way’ and ‘CD’ have now achieved over 50k streams on Spotify, setting a good premise for the record to come.

With more music planned for 2022 which will be produced by Grammy nominated producer Romesh Dodangoda (Motorhead, Bring Me The Horizon, Busted), Paisley Parc already have a lot in the pipeline and ‘Long Time Coming’ is the perfect way for them to round off an already successful year. Be sure to keep an eye on their socials for more on this release.

Irish Artist Blooms Is Back With New Single – Focus