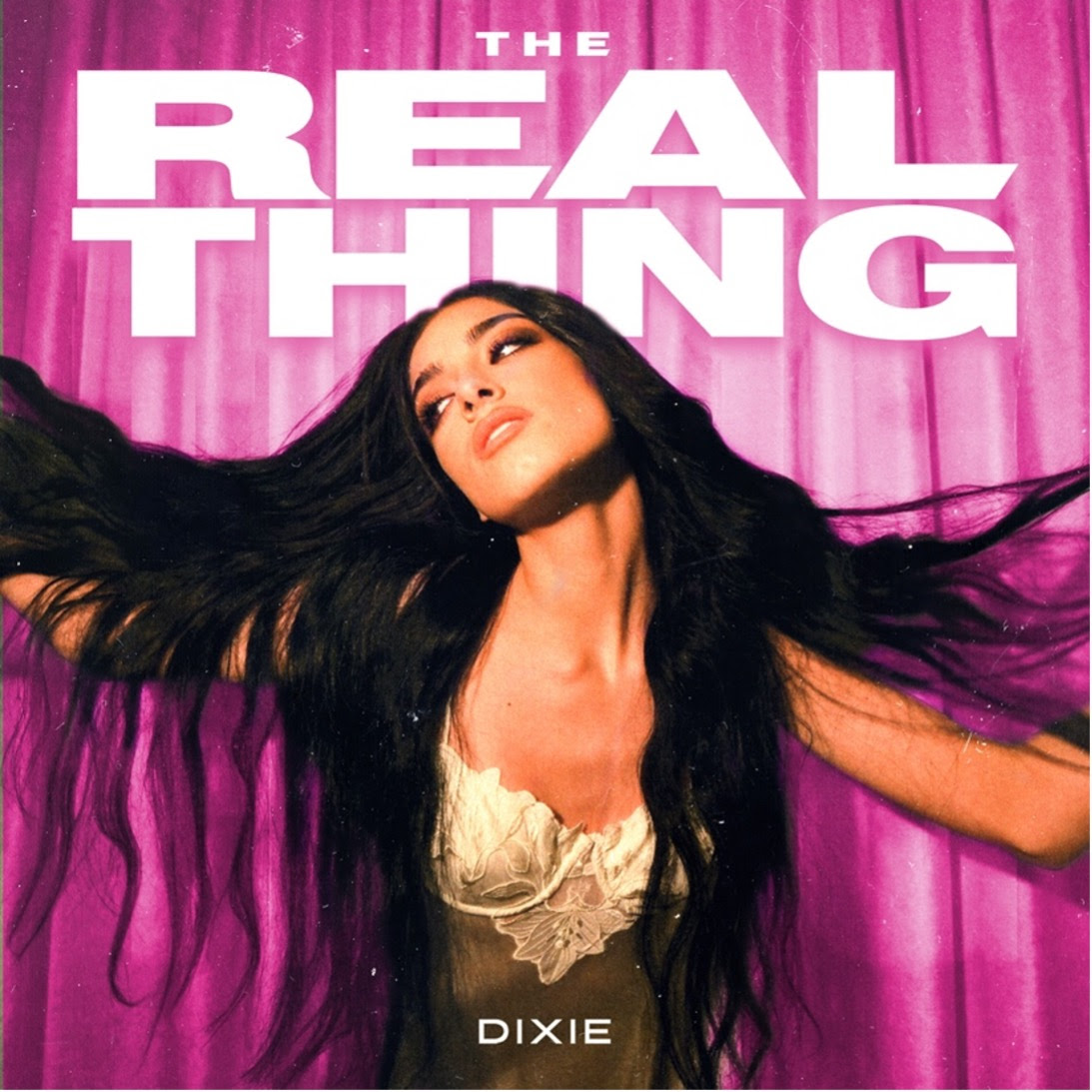 The Real Thing By Dixie is officially out. HITCO recording artist and global social media phenomenon Dixie (D’Amelio), releases her newest single, “The Real Thing”. Dixie chose to release the single after an unexpected and overwhelming response to song clips heard in her family’s Hulu docuseries, The D’Amelio Show and promotional videos from the sister-owned brand Social Tourist, in partnership with Hollister. Dixie releases the full version today for her fans who requested.

The single, produced by Cooper Holzman (“Psycho”) & Dylan Bauld (Halsey “Be Kind”) and co-written by Larzz Principato (Dua Lipa, Halsey), Allison Crystal (ILLENIUM), Ben Antelis (Sam Feldt) and Lauren Frawley is accompanied by a visualizer of Dixie on a BMX bike, a nod to her younger years growing up racing BMX bikes.

“I’m releasing The Real Thing for the fans. The same fans that support me and motivate me to keep going when I’m feeling defeated. You requested this, so I’m delivering the full version to you. I’m so thankful for all of you and I’m really excited to be able to drop this!”

The record follows the recent announcement that Dixie will be joining iHeart’s US Jingle Ball Radio tour this holiday season and the success of her recent hit “Psycho” which is Top 25 at US Pop radio and approaching 20 million streams.

Dixie has had over 500 million career streams to date, 300 million of them from her debut single “Be Happy.” Media has taken note and celebrated, with Billboard awarding her December Chartbreaker, Forbes placing her on their coveted Forbes 30 Under 30 List and YouTube prominently placing her on their Top Breakout Creators of 2020.

Listen To The Real Thing By Dixie Below

The Real Thing By Dixie