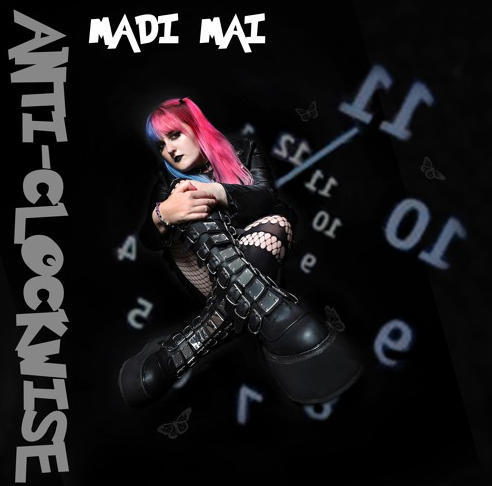 The intimate new single was recorded in his Instinctive Behaviour studio, collaborating with renowned photographer Christina Jansen, famous for her professional work for Muhammad Ali, Robert Plant and Paul Young. Determined to raise awareness of crucial social issues, Madi Mai has previously seen wide support from the likes of Essex Live and Barking and Dagenham Post.

Raised in Dagenham, Madi Mai struggled with finding her place within her school, however found solace in the arts, music and drama departments. It’s through these subjects that she grasped her original passion for music and songwriting. For her, Dagenham has an empowering history based on women’s strikes throughout the late 60’s demanding equal working rights for their skills.

In this vein, Madi Mai also decided to take matters into her own hands; when she couldn’t attend her school prom she decided to use the venue of the event for the music video wearing the special dress for the occasion, stating: “If I can’t do it at school, I will do it on my own”.

These are themes which are transparent through her career to date, also battling the effects of autism and mental health to overcome the steepest of hurdles. A firm believer that everybody is just as capable and creative, Madi Mai is determined to break the natural stereotypes that exist for autism and people with mental health issues, reflecting relatable real-life stories and experiences through her music.

Writing in an ‘Anti-Clockwise’ direction comes natural to Madi Mai, who has overcome several personal battles to thrive on her new track. Often misunderstood as an autistic youngster, she noticed she was different at the age of 8, struggling to communicate with her peers.

Feeling awkward and antisocial sometimes, she has found shelter and freedom in music. The troubled teenager was first approached by producer Major after writing a song about a childhood friend that was killed in a knife crime, aged 15, and performed at her memorial gaining the attention of the local press.

Collaborating with the Instinctive Behaviour and Major allowed Madi Mai’s talent to blossom, having the creative freedom to fully express herself and follow her motto, hoping to inspire and support others in similar situations: “It’s ok to go wrong and be different. Embrace your weirdness. Be what you want. There’s no judgement.”

Coming from an Indie/ Alt-Rock background with a rebellious Punk attitude, the harrowing guitar blend with the introduction of the drums, leading to a powerful outlet of music for Madi. Attractively punchy, her vocals open a euphoric chorus with an upbeat fashion.

Reflecting Madi Mai’s natural affinity for storytelling, ‘Anti-Clockwise’ represents how it feels to have your life spiral out of control. A natural-born songwriter, she has been accredited with writing songs as young as 10, later developing into a multi-talented musician through self-taught guitar, keys and ukulele, as well as a poet and lyricist.

Listen to Madi Mai – Anti-Clockwise Below