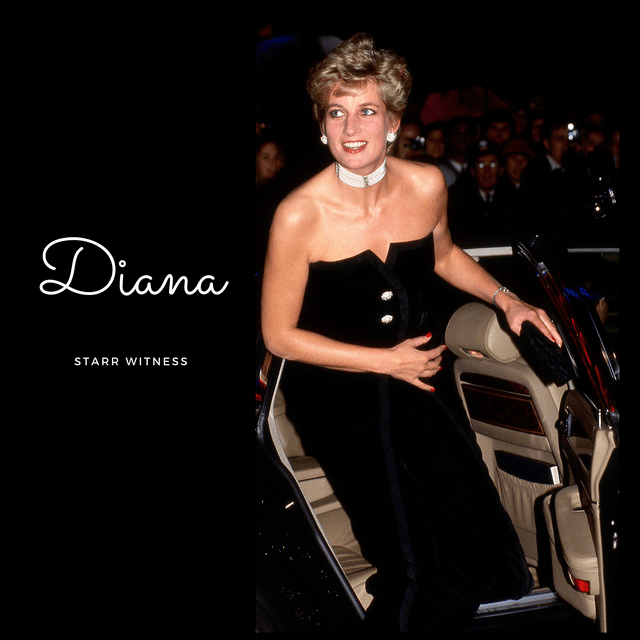 Starr Witness Shares New Single – Diana: UK-based Australian singer-songwriter Starr Witness returns with his new single ‘Diana’, a touching tribute to the late Princess Diana. Written, performed, and recorded solely by Starr Witness at Blue Sky Music Studio, the track has been best described as “a snapshot in time” for the events that unfolded in late August of 1997 following the heartbreaking death of Princess Diana.

Stunned and heartbroken as news broke regarding the devastating loss of Princess Diana on 31st of August 1997, Starr Witness turned to his guitar and expressed his grief in the way he knew best: through music. Initially written just hours after the tragic events, ‘Diana’ captures the heavy emotion and immense shock felt by many in the days following the loss. Over two decades later, Starr Witness has begun preparing for the 25th anniversary of Diana’s death by re-recording the track and releasing a heartwarming music video on YouTube that has gained over 108k views. With less than a month left until the 25th anniversary of her death, Starr Witness is ready to re-release the track and pay his love and respect to Princess Diana of Wales accordingly.

Starr Witness is a musical project created by singer/songwriter Andrew Abbott, who has been releasing music under this name for over 10 years, recording and self-producing many of his previous releases at his very own Blue Sky Music Studio. Aside from Starr Witness, Andrew has worked as a live performer for over 30 years, including as a support artist for Australian Music Hall of Fame legend Brian Cadd, performing at numerous well-known venues such as the Sydney Casino, Australia’s Wonderland, and Lizotte’s. Inspired by musical influences such as The Beatles, Elton John, and Sting, Andrew has crafted his own unique sound and approach to songwriting, thus creating Starr Witness.

With more releases in the pipeline and a cover in the making inspired by The Beatles’s song ‘Hey Jude’, be sure to follow Starr Witness on socials to stay up to date with news and further information.