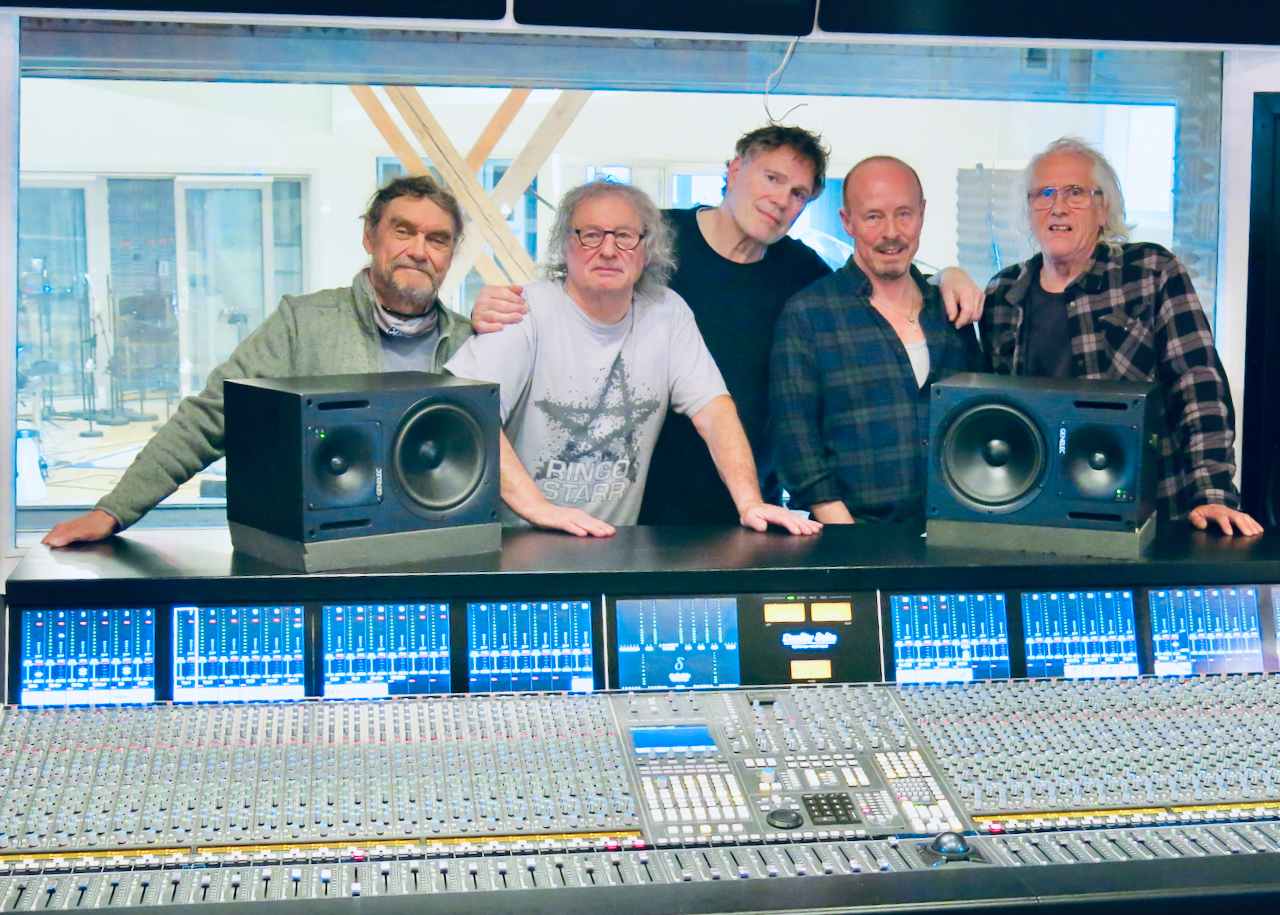 Having dominated the UK singles charts during the early 1970s with Slade, often outperforming chart rivals such as Wizzard, T. Rex, Suzi Quatro, Roxy Music, and even David Bowie, the band achieved twelve Top 5 hit singles in the UK, three of which went straight to #1. Now decades after the success of his career in glam rock and still enjoying a life of making music and regular live shows, Don is back with the new project and hoping to experience even more success!

A band formed of hugely successful musicians in their own right, Don & The Dreamers: Curly Erik (vocals), Don Powell (Drums), Henrik Littauer (Piano) and Knud Møller (bass) appear on more than 1000 records combined. Now making the rock & roll music that they love to listen to, the group are continuing their passion, less concerned with commercial success and just enjoying their craft.

The new single ‘Something Else’ is the title track from the band’s upcoming EP and offers an insight into the brilliant musicianship on display across the release. High octane with tight drums, biting guitar lines and driving bass, the track possesses a backdrop filled with energy under the growling lead vocals from Erik and a striking guest appearance from Michelle Birkballe before bursting into a rip-roaring guitar solo.

Speaking on the single and upcoming EP, the band add: “We have kind of formed a circle around Don, this kind and humble person, almost in a way that reminded me of The Traveling Wilburys (Dylan, Harrison, Petty and Lynne) and Roy Orbison, “preserving the gold”, you can call it”

“Everything has been so easy and relaxed – we just play what we enjoy, no acting, no starfucking, and when we are together it’s sheer fun!. “And then again the dreams always remain: we all played the Roskilde Festival many times, could the next be Glastonbury… haha they’d never want outdated oldstars like us!”

Still, a gigging musician sharing stages with the likes of Ringo Starr, Don Powell recently played a show this year with the pair at the Royal Albert Hall with Suzi Quatro and Andy Scott. Despite his regular shows, the pandemic and the isolation that came with it sent Don on a road to depression. Don met his new fate in Henrik Littauer, a former Doctor and psychiatrist who alongside always had been a professional rock & roll pianist. Together the pair set about the launch of Don and The Dreamers giving Don a new sense of direction and purpose.