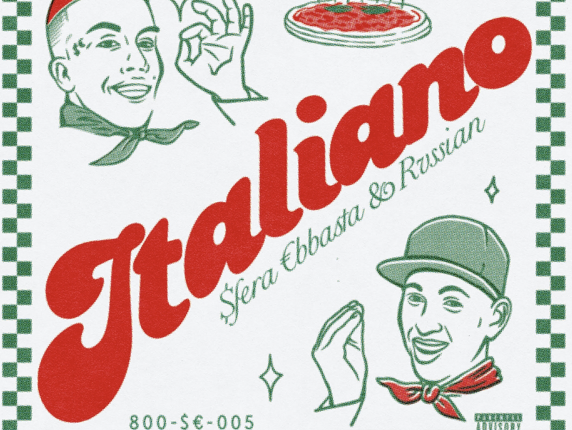 Sfera Ebbasta & Rvssian Releases New EP “Italiano” : The new Sfera Ebbasta & RVSSIAN EP, ITALIANO, released today by Island Records represents the latest chapter of the international collaboration between the two artists which began in 2018 with Pablo and Happy Birthday, both 2x platinum. Listen HERE. The EP also comes with the release of the video of “Easy” feat. Fivio Foreig. Check it out HERE.

The project, consisting of five tracks featuring collaborations with Fivio Foreign, Myke Towers and BIA, is the first time where the artist digs into his roots while his career keeps flying around the world. In ITALIANO, the two artists play with clichés often associated with Italians with the aim of regaining possession of them, a way for Sfera to proudly claim his roots; the clichés that accompany Italians abroad become something to identify with, to feel at home even when you are far away.

ITALIANO is the tip point of a path that has led Sfera Ebbasta from being one of the greatest talents of his generation to being one of the most innovative representatives of Italian music in the world, capable of collaborating once again with the most important names of the new music stage and to bring their music beyond national borders.