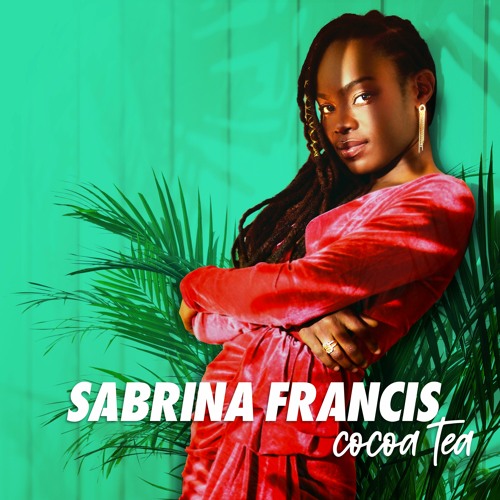 Afro-Caribbean singer-songwriter Sabrina Francis is set to release her new single ‘Cocoa Tea’ on Friday 22nd April 2022, pouring her joyful personality in a blend of upbeat Pop and sleek R&B. Produced by Sabrina and Dieter Burkhalter (Music & Beyond, Pure Grenada Music Festival), mixed by Samuel Bauer (Audio Konzept) and mastered by Andre Pousaz, the track opens a new chapterin the rising artist’s journey to bring positivity and optimism to people all over the world. Fresh off a successful tour across the UK and Europe which included sold out shows at the Pizza Express Live event and a headline show at The Tabernacle, ‘Cocoa Tea’ is the first from a series of new material coming soon.

Channelling positivity and summer vibes, ‘Cocoa Tea’ is an uplifting reflection of the young singer-songwriter’s story. Sabrina Francis comes from the picturesque Caribbean island of Grenada, growing up in a humble family without the privileges many take for granted. In her simple yet joyful childhood, the only source of entertainment was singing with her family and friends, and naturally music became her second language and a means to cope with life. Now, bringing her fresh Caribbean sound and memories to a vibrant music video filmed in London, Sabrina pours her radiant soul into her new track and shares a message of optimism and inner peace.

Sabrina Francis started her serious musical career at the age of eighteen years singing along a local gospel band. Shy and inexperienced, the performance gave her the confidence to start honing her music skills, developing a sound that reflects her Caribbean roots and African cultural influences. Quickly building momentum, she was nominated for the World Music USA Songwriting Competition Awards, and has won the internationally acclaimed John Lennon Songwriting Award in New York for her single ‘I Feel’ in 2019, and the prestigious National Culture Award for Contemporary Music in Grenada. Sabrina has already toured through the UK, Spain, Italy, Switzerland and Germany, and last year started holding her Treehouse Concerts as a monthly one-hour live streamed show in the mountains of Grenada.

Her immense talent grabbed the attention of renowned R&B/Pop artist Joss Stone during the ‘Total World Tour’ releasing the collaboration ‘Mama Africa’ gaining over 120k views on YouTube. Having already released two albums ‘Think In Colour‘ & ‘I Feel‘, Sabrina Francis’ new material comes after a productive period of writing, gathering memories and experiences in an uplifting and fun music collection. Always focused on inner peace and mental health preservation, ‘Cocoa Tea’ reflects her firm belief that the only way to be happy is to remain true to yourself .

Finding influence from Aurora, Simi, and Jazmine Sullivan, Sabrina is looking forward to a busy 2022 year with plenty of new music and more live appearances on the pipeline. Follow her socials for the latest updates.