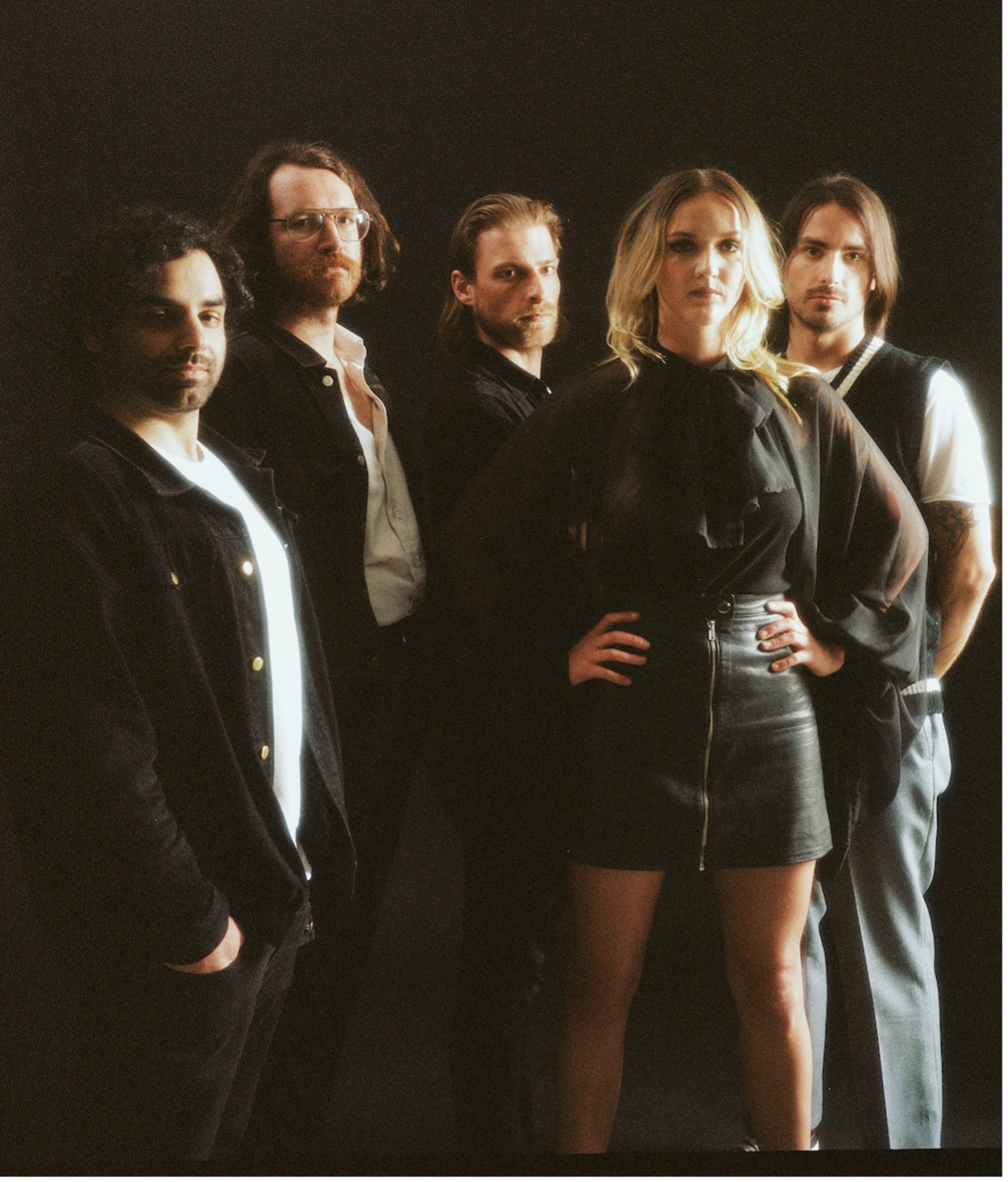 Romero Releases Debut Album “Turn It On”.Naarm/Melbourne’s power pop group Romero have released their album Turn It On! through Cool Death Records and Feel It Records.  An exhilarating burst of first class power-pop, Turn It On!  is a memorable party, steeped in twist-like dancing, deep and meaningful chats with strangers, air-shredding in the middle of the dancefloor, lover’s tiffs and wrong decisions culminating in a prophetic realisation that these indeed are ‘the days’.

Visuals for the  butterflies-inducing opener ‘Talk About It’ accompany the release, directed by Becky Boehme and the band members. The video depicts the streets of Melbourne by night, as Alanna Oliver pleads through a payphone. Of the song she states “… it is simply written about a conversation that happens over and over with another, that never has a positive outcome and is not worth your time anymore.”
Turn It On! refuses to keep the foot off the pedal with its air-pounding anthems of relatability via Oliver’s shining vocal delivery. Mastered by Mikey Young (Total Control, Eddy Current Suppression Ring) and engineered by Andrew ‘Idge’ Hehir at Soundpark Studios in Northcote, the sharp production catapults the duelling yet complimentary guitar-play to the very front. Nothing is lost on the unique, intertwined rhythm  and  STAX RECORDS–like bass grooves. Title track ‘Turn It On!’ moves your body towards the dancefloor with its Debbie Harry swagger and cowbell, whilst ‘Halfway Out The Door’ soars into ballad territory. Thematically, the record deals with endlessly restarting, mulling over the unsaid, resisting controlling forces in a deteriorating relationship, and the emotional strain of uncertainty. The see-sawing experience of life mirrors the sonic and emotive shifts of Turn It On! to offer a fluid sense of home, hope and pure optimism for what’s on the other side of this spell.

As described by drummer Dave, the band found purpose and a nurturing collective outlet for their individual voices when they formed in 2019 “I think everyone was a bit lost in their own way before we started, not sure what to do next…” Decisions, indecision, longing, anxiety; these sentiments echo the pounding excitement for change, which is the fundamental focus of the Turn It On! party.

The decade-long Johnstone Brothers & Justin Tawil songwriting partnership needed a new direction, new players. The invitation of Alanna Oliver and Fergus Sinclair into their close-knit circle established the glowing sense of familiarity prevalent throughout Turn It On! No matter what crossroads you may face, Romero invites you to find a sense of home with this record.

Romero was identified as one to watch in the underbelly circles of mail-order punk, selling out multiple pressings of their debut double-A side ‘Honey / Neapolitan’ in 2019. Their independently released 2020 follow up ‘Troublemaker’ landed them placement in NME 100 and airplay on triple j, KEXP and NPR.

Their debut headline show in Melbourne was quoted as ‘”one of the greatest concerts that this writer has seen in years” by The Music. The hotly anticipated announcement of Turn It On! drew support internationally from the likes of Pitchfork, FADER and Stereogum.

Having teamed up with some of the last bastions of  DIY punk, Cool Death & Feel It Records, Romero’s debut stands alongside cherished modern classics by Low Life,Tyrannamen, Sweeping Promises and POWER.