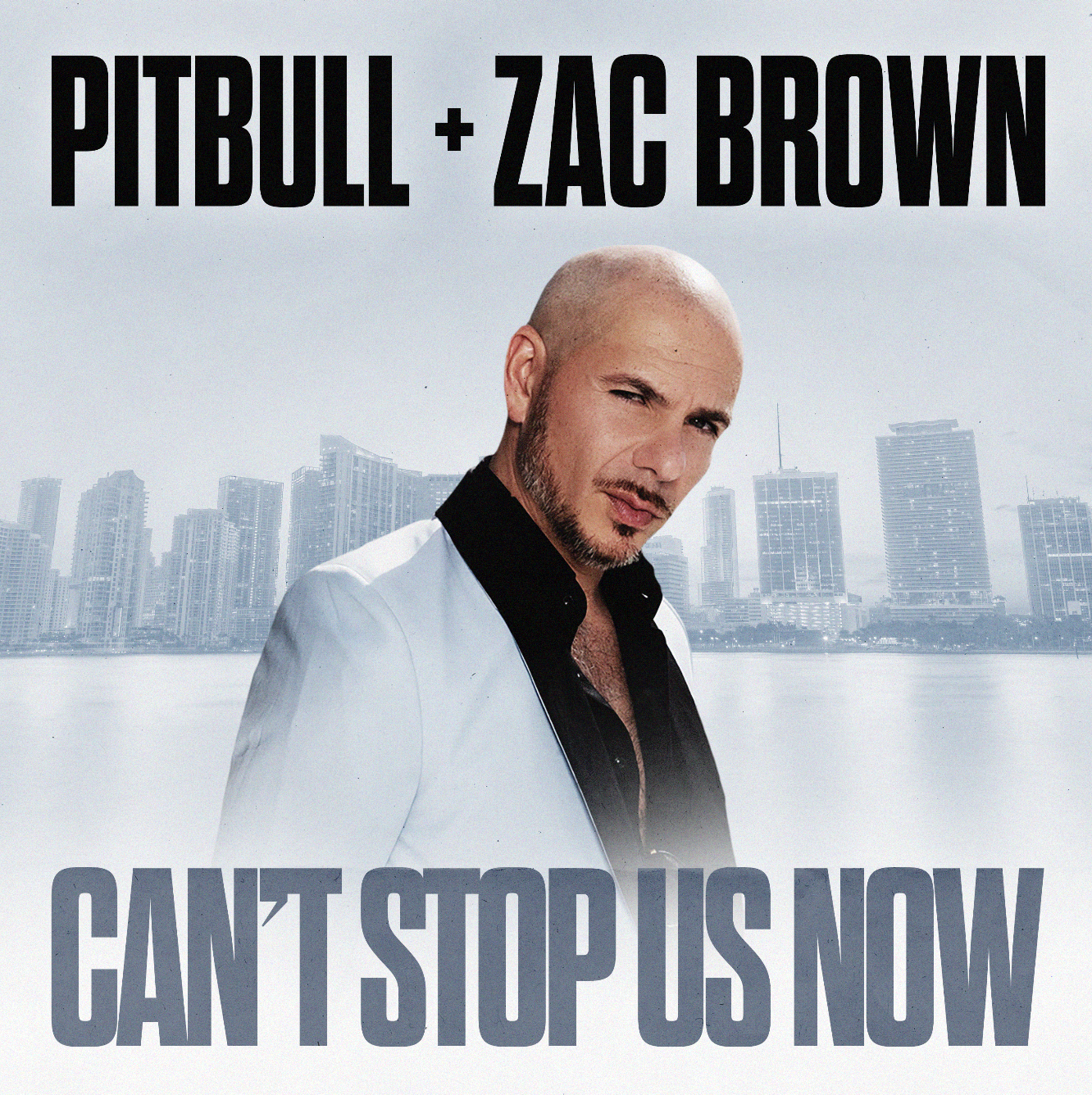 Pitbull Unveils New Single – Can’t Stop Us Now: GRAMMY® Award-winning global superstar Pitbull presents his first new single of 2022—the blockbuster anthem “Can’t Stop Us Now” with Zac Brown via his own Mr. 305 Records. It momentously marks the first collaboration between the international icon and country megastar Zac Brown. Listen to “Can’t Stop Us Now“ and watch the lyric video.

This partnership of epic proportions plays out as bombastically as you’d hope! Pitbull launches into uplifting and energetic bars as he grins, “I love it when they count me out, let’s party!” Brown counters with a raucous cameo. The track breaks the boundaries between pop, Latin, country, and rock and pops off as the ultimate underdog anthem.

Stay tuned for the premiere of a high energy and cinematic music video very soon.

Most importantly, it paves the way for the arrival of his twelfth full-length offering, the aptly titled Timeless—due out later this year. It’s shaping up to be a landmark 2022 for Pitbull.

Last year, Pitbull sold out over 40 shows and entertained over 450,000 fans on the road. Now, he’s about to ignite the North American Can’t Stop Us Now Tour featuring Iggy Azalea and Sean Paul, and openers Globalization DJs. The extensive 50+ date run, produced by Live Nation, kicks off this July at Coastal Credit Union Music Park at Walnut Creek in Raleigh, NC making stops in Montreal, Cincinnati, Houston, Las Vegas, Los Angeles, and more before wrapping up in Hollywood, FL at Hard Rock Live on October 20th. Tickets are on sale now at Ticketmaster.com.