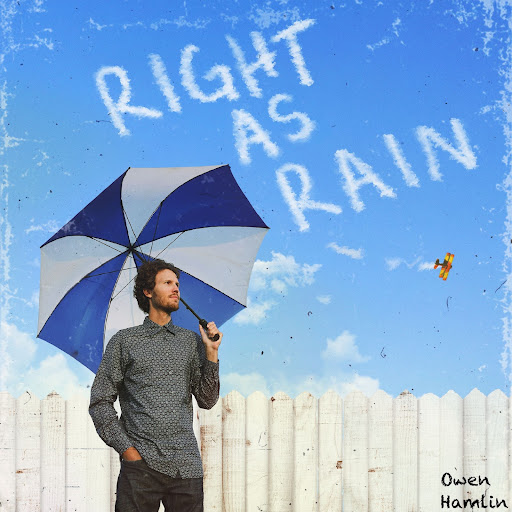 Rising LA rocker Owen Hamlin returns with his new single ‘Home’ taken from his upcoming debut album ‘Right As Rain’. A passionate and innately skilled writer, singer, instrumentalist and producer, Owen has begun to make a name for himself as one to watch with his high energy live shows and features across tastemaker press ahead of the albums release.

The 8 track album is packed with moments of genius with honest, witty songwriting, inventive guitar and bass lines and Owen’s consistently effortlessly charismatic, distorted vocal delivery. The albums stand out track ‘Home’ is an emotive and cathartic endnote to the album, flaunting Owen’s warming vocals and entrancing musicianship. Capturing an essence of the fuzzy DIY charm of the early albums by The Strokes, ‘Right As Rain’ is a flawless demonstration of Hamlin’s innovative ideas and his unwavering sense of musical identity.

Speaking about ‘Home’ and the album as a whole, Owen shares:

“Home is the final track on my debut album Right As Rain. For me it fits perfectly as an ending. It’s emotional for me to hear and play. I wrote the song, produced, and performed everything but drums on the record.”
Having picked up features in the likes of Music-News, ANR Factory and Alfitude Owen has begun to make a name for himself. Now launching into his full length debut with the new album, Owen has captured an energy and attitude that references early 2000’s indie but also offers a fresh edge with more informed, self reflective songwriting.