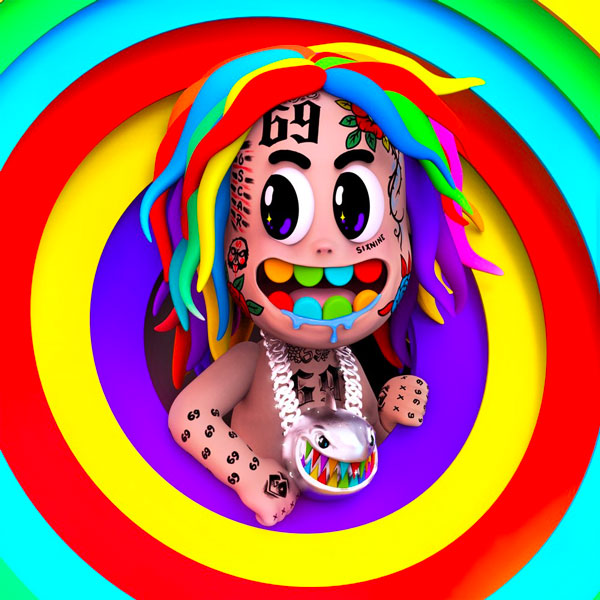 American rapper Daniel Hernandez, known professionally as Tekashi 6ix9ine or just 6ix9ine,has released his long-awaited album dubbed ‘TattleTales’.The rapper who recently was released from house arrest has been spreading like a wide fire and waxing strong at the same time.

Prior, to now 6ix9ine released a chart-topping single entitled “Trollz” featuring Nicki Minaj.The 13 tracks include two appearances from Akon and Smilez.Along with the album, is a colorful music video for “TUTU” starring Blac Chyna, who struts naked while covered in sprinkles alongside Tekashi’s girlfriend Jade.