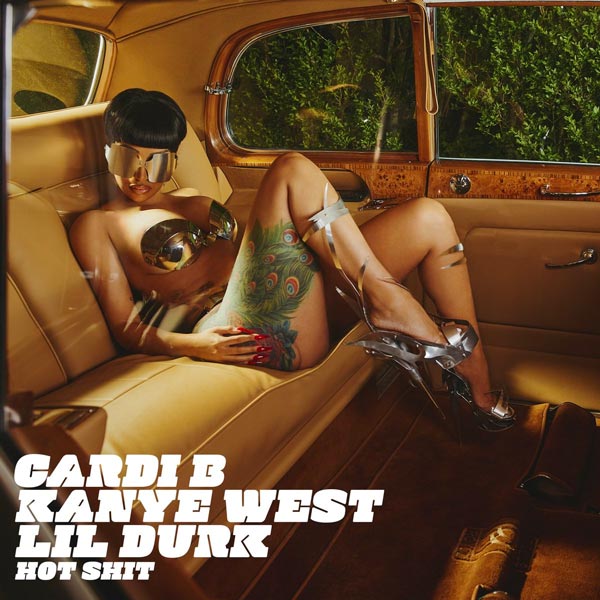 Cardi B – Hot Shit feat. Kanye West & Lil Durk: American rapper and songwriter Belcalis Marlenis Almánzar, known professionally as Cardi B, is back with a new single.She teamed up with Kanye West and Lil Durk on her first single of 2022, “Hot Shit.” The heavy-hitting banger finds Cardi in beast mode, spitting flames over the Tay Keith and Banbwoi production.

Prior to the song’s release, Cardi told fans what they should expect from her. “I feel like it’s something y’all haven’t heard from me before,” she said. “Y’all keep talking I keep making TikTok records and this and that. This is definitely not that. It’s fun, it’s a great record. It’s masculine, it’s great for the clubs.”

“Hot Shit,” which follows “Up” and “WAP,” is set to appear on Cardi’s long-awaited sophomore album, the follow-up to her 2018 debut Invasion of Privacy.