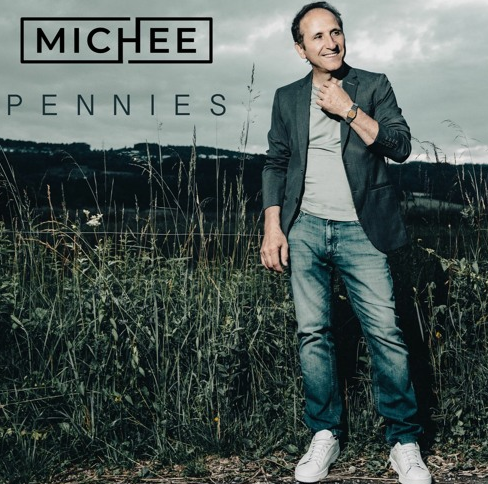 Through heartfelt emotions Michee uses ‘Pennies’ to represent the choice a person has to make in life between their emotional urges and materialistic possessions. Talking from personal experiences, the single reflects on the countless couples that have broken up due to economic expectations, an attribute that is easily relatable to most modern  relationships. Michee channels his personal experiences of being incapable of giving the woman he loved financial security which unfortunately brought his relationship to an end. He states: “In life, you always meet situations where people reject the world of emotions in order to pursue a career, and then when they have achieved something with this money they try to buy this world of emotions again”.

Sonically Pennies pays homage to legendary pop ballads of the past and is wrapped in top-notch modern production  boasting magnificent melodies and beautiful harmonies. The memorable nature of the track makes this relatable love story stick with you, captivating the listener during each play.

Michee is no stranger to mixing languages and musical influences in his long and fruitful career, starting playing accordion when he was 6 before also learning piano and flute. Well-versed in Swiss, Italian, English, German and Spanish, his songs have seen international success across Europe and seen him write music for Billy Todzo, Larry Woodley and Dhenibe Romea. Having spent years composing and performing music at piano bars and orchestras, it wasn’t until his sons opened their professional recording studio and nudged Michee to pursue a serious music recording and publishing career.

Taking influences from a wide range of artists such as Al Jearreau, Elton John, Bruno Mars and Michael Buble, Michee aims to bring back those age-defying music values and principles that appear to be getting lost in contemporary music.