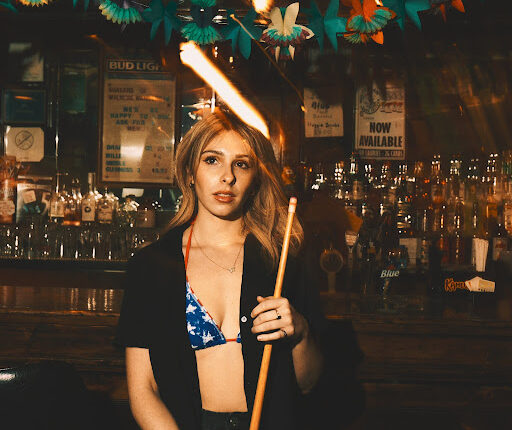 Alternative singer-songwriter Marina Laurendi proves she’s a force to be reckoned with on her stunning new single “Gramercy”. With a sound that mixes Lana Del Rey’s melancholy and Sarah Bareilles’ catchy pop hooks, “Gramercy” uses Manhattan’s landscape as a metaphor for an intimate romance. The song is accompanied by a simple but beautifully vintage music video, set to release on May 27th, showing an up-close and personal look at the songwriter. There will be a release party on June 11th at Nietzsche’s in Buffalo to support the song. On the inspiration behind the single, Marina says:

“We’ve all had those once in a lifetime romances that knock the wind out of us and make us feel intoxicated. There is such a specific and addicting kind of power that comes from feeling like the object of someone’s attention and desire, and a feeling of worthiness that comes from being treated with such exclusivity. At our core, I think we all desire to be wanted and treated like rare gems– we want to feel sacred, protected, and worth a million dollars. What’s more like that than the key to Gramercy Park?”

The lyrics in the song create a vivid and nostalgic picture of New York, referencing Gramercy Park, the East Village, and the L train among others. The song swells with emotion, starting with acoustic guitar and growing into a cinematic orchestra as the song progresses. Marina Laurendi may be the East Coast foil to Lana Del Rey, using New York’s classic nostalgia in contrast to Lana’s West Coast old-Hollywood glamour. So close your eyes, sip on a latte at your favorite Greenwich Village cafe, and get swept away as you listen to “Gramercy”.

Marina Laurendi is an artist/ singer-songwriter who fuses elements of cinematic pop, alternative rock, and singer-songwriter lyricism to create her unique sound. Poetic and moody with catchy melodies and haunting vocals, her music is steeped in personal experience yet universally relatable. A Western New York native, Marina grew up as a theatre performer and moved to NYC shortly after college to perform Off-Broadway and around the East Coast.

Her music is heavily influenced by the pulse of the city along with the quiet nostalgia of her roots. Marina has performed at notable venues such as The Bitter End in NYC, Hotel Cafe in LA, The Hard Rock Cafe in Niagara Falls, Nietzsche’s and Mr. Goodbar in Buffalo, and The Orleans County Fairgrounds (Tedfest V). Her music has been featured on radio stations such as Thunder 102.5 in Sullivan County, Big Sound Music Blog and playlist, and has earned her spots on various other independent Spotify playlists.