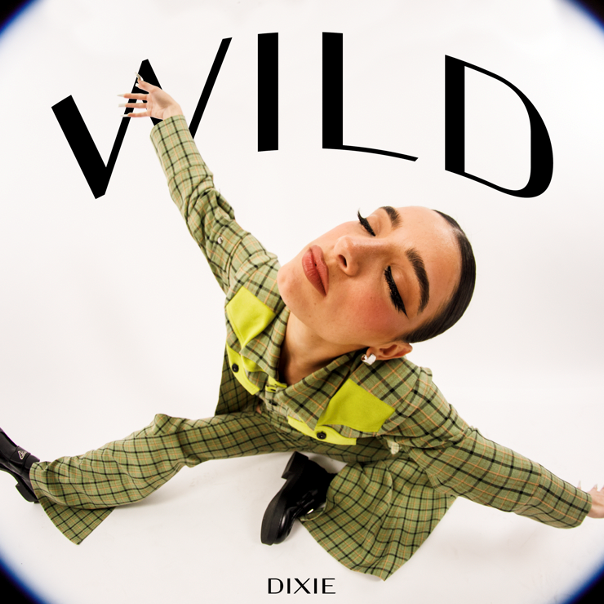 Additionally, Dixie has announced her highly-anticipated debut album, a letter to me, will be released on June 10, 2022, via HITCO. The album includes 12 tracks, including the hit single “Be Happy” which entered the Billboard US Top 40 Chart.

“This single is an amazing introduction to a letter to me – which really is an honest compilation of things I have experienced and learned from. I’m so proud of what this album is as it represents growth, not only personally, but professionally and musically.”

“Wild” is all about finding that true most wild version of yourself, not in a crazy partying way, but instead the song represents wild as a sense of freedom where you are able to be the most authentic, true version of yourself, feeling most comfortable and free. When co-writing the single, Dixie shared how she has a hard time being her true self at times, finding herself holding back most of the time unless she is surrounded by people she truly knows and trusts. The music video shows how she wants to break out of the personal prison she creates within herself, where she hides her full self, feeling caged in and unable to be free and wild.

The video, directed by Darren Bush (Big Sean, Snoop Dog), follows Dixie as she searches for her true ‘Wild’ version of herself. As she embodies different personas of herself when she is surrounded by different people which leads Dixie through a dark hallway where she finally breaks through onto the roof where she finds her most free, true and wild self. “Wild” is available to buy and stream on all platforms, you can watch the video HERE.

Dixie will join as a special guest on select dates on Big Time Rush’s “Forever Tour” this summer, shortly after her album is released in mid-June. She will perform on stage at Madison Square Garden for the second time on June 30th. For more tour information, please visit bigtimerushofficial.com.

Multifaceted in her works, Dixie D’Amelio, is a musician who has over 100M combined followers, a successful TV show on Hulu (The D’Amelio family, renewed for Season 2), her own clothing brand with Hollister, Social Tourist and who has brand partnerships with Puma, Valentino, Burberry, and more. Dixie launched her music career in 2020 with her first single, “Be Happy”, and within a week landed on the US Top 40 and Billboard’s Top Triller U.S. Chart.

The shout-it-out anthem has been streamed more than 300 million times thus far, and the music video for its remix (featuring blackbear and Lil Mosey) garnered close to 20 million views in just one month. Within one year of her first single’s release, Dixie has worked with musical powerhouses Wiz Khalifa and Liam Payne on tracks “One Day” and “Naughty List” respectively.

Building upon that momentum, Dixie concluded 2020 with the release of “Roommates” which was followed by “FUCKBOY” in 2021 which crowned her as the first artist to land 3 #1’s on Billboard’s Top Triller U.S. Chart. Dixie then released, “The Real Thing” which came off the heels of the overwhelming fan response to teasers of the song featured in her family’s Hulu docuseries. With each new release, Dixie continues to create pop hits that resonate with a global audience while tackling issues like the de-stigmatization of mental health.

Dixie rounded out 2021 with her first tour as she joined iHeart Radio’s Jingle Ball at all 10 stops. Dixie is also sought after in the fashion world and continues to make her mark. She attended the 2021 MET gala with Valentino and has shot for major outlets like V Magazine, PAPER, Perfect Magazine, Billboard & Nylon. Dixie has also been featured in ad campaigns with Valentino, Ralph Lauren, Burberry, PUMA and has collaborated with brands such as Chanel and Versace.

Dixie is one of the top 10 most followed creators on TikTok and was named one of YouTube’s Top 10 Breakout Creators of 2020 with one of the fastest growing channels globally. Her influence on social media has earned her coveted spots on lists such as Forbes 30 Under 30 and AdWeek’s 2020 Young Influentials. She was recently named Favorite Social Music Star at the 2022 Kids’ Choice Awards. Billboard even named her as their December Chartbreaker in 2020. When she’s not in the studio, she spends time with her family and friends, creating content, laughing, and dancing offbeat to whatever drum that’s being played.