Listen To “Coma” By Susan Hisey 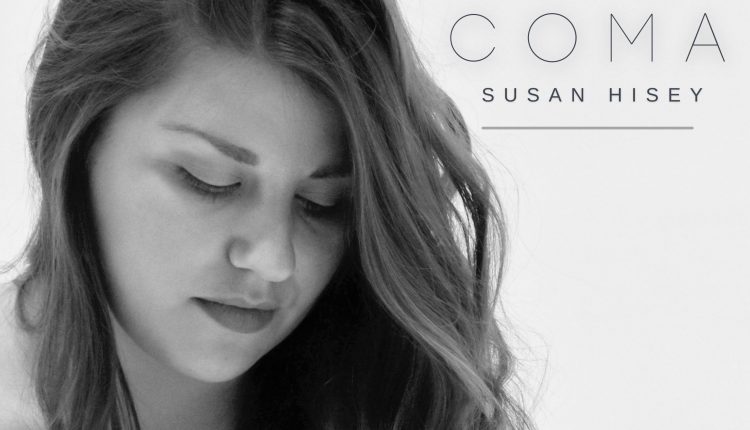 Susan Hisey’s debut single “Coma” is a vulnerable track about coming out of a mental nadir to a changed world. The lyrics take you on a journey through struggling with intense mental health issues while dealing with change amidst a fast-paced society. Simplistic piano chords allow Hisey’s crisp yet emotive voice to come alive as she recounts how she lived her life in a constant “fight or flight” before gradually coming out of this mental “coma.” When you’re so focused on surviving, everyone and everything around you moves on without you even noticing.

It’s jarring, and coming out of that state might leave you feeling bewildered or out-of-touch. New buildings, new people–it all can be overwhelming. Nevertheless, it’s a relief to know that you can finally be present in your reality now, and be around to witness the changes this time. Hisey captures that feeling with wisdom and elegance, and her intimate experience with the matter all shines through to create a track that is ultimately comforting. “Coma” shows us it’s okay to not be okay, and that healing isn’t linear. That’s a message we could all stand to hear more often.

Susan Hisey is a soul pop/country singer-songwriter from Elyria, Ohio. She strives to preserve her authenticity throughout her music career, focusing on real lyrics that people can relate to. This desire has been influenced by her musical idols that include Patty Griffin, Linda Ronstadt, Faith Hill, Kelly Clarkson and Sara Bareilles.

There is a certain freshness not only in her music, but in her actions. One of her main goals in life is to help people. Susan is currently overachieving this goal through vocal coaching and mentoring teen moms with an organization entitled “Young Lives.” In the future she wishes to continue to uplift others by being a spokesperson for mental health issues (Susan has anxiety disorder) as well as continuing leading through worship.

While Susan is gentle at heart, she is strong in song with vocals that have been professionally trained for years through musical theater and choir, and as a Commercial Music major at Belmont University. While in school, she performed alongside Trisha Yearwood, Laura Bell Bundy and Cece Winans, and performed in an a cappella group with Imogen Heap at the Ryman Auditorium. She most recently performed in a Matt Davenport Production tour “American Big Band: Home for the Holidays.”

Her determined yet well-tempered personality allows her to step into this new era of her music career, accepting the challenges that come with being a releasing artist. Susan’s debut single “Coma” dropped on June 24, 2022, in which she honors us with her lyrical journey through anxiety. She plans to continue to release music that reflects her missions in life such as advocating for mental health and her love for Jesus.