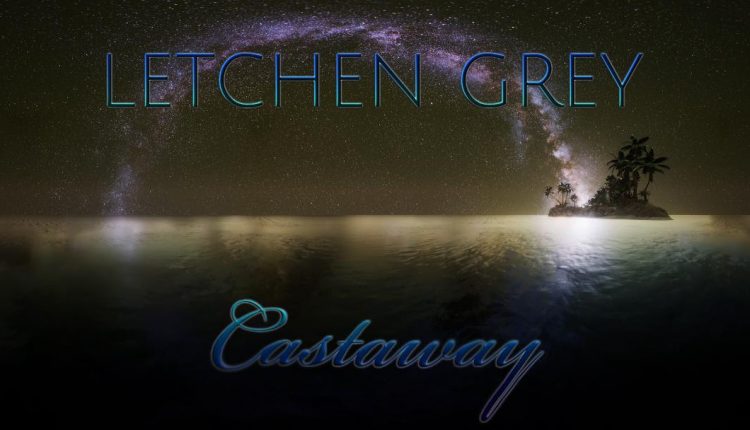 Letchen Grey, the energetic rock band originally formed in the 1980’s from Los Angeles, CA., is back with another emotion-evoking single, “Castaway” out now and the follow-up to their very well received single, “Burn”.

Letchen Grey used to spend their nights on the Sunset Strip in Los Angeles back in the mid 1980’s, took a break and headed back there in 2021 and continue to rule. Their new music is influenced by songs of the 70’s and 80’s, with strong hooks and memorable guitar riffs.

Andersen says, “The song is about getting away from it all and being okay with yourself as you are. We kind of put a twist on the title because being a “Castaway” can mean being outcast or being in a desperate situation. Because the song has such a unique groove, we wanted to convey a positive feel that listeners could relate too.

Let’s face it, there’s a lot of negativity out there already. Everyone in the band grew up in Southern California, not to far from where The Beach Boys grew up. We wanted the music to take the listener to a remote beach on Catalina island, like how The Beach Boys could magically take you to the ocean surf with their music.”

The song was produced by Alan Niven and Chris Catero and was recorded in Chandler Arizona at SER Soundworks.

You can catch Letchen Grey at The Whiskey A Go Go on The Sunset Strip in the next few months.

December Rose Releases Inspirational Anthem “Best Is Yet to Come”