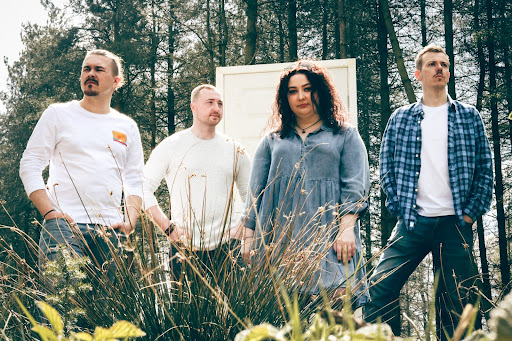 Established within the Midlands circuit, Learn to Lie prides itself on energetic and dynamic live performances and accessible songs that sit between rock and pop. Channeling the energy of female-led alternative outfits such as Paramore and Marmozets and the melodic hard rock of Arcane Roots and Lower Than Atlantis, Learn To Lie provide their own unique sound.

The four-piece now return with their powerful new single ‘Lost Boys’. The ethereal new offering is Learn to Lie’s most complex and conceptual single to date, Learn to Lie has pulled out all the stops to create a dreamy and visceral journey through Neverland.

The band shares more on the meaning behind the track: “The concept for the track is based on the character Wendy from the children’s book Peter Pan. The song is based on her point of view during the story, how staying would be an adventure but she’s got to go home.”

The release of ‘Lost Boys’ also arrives alongside a full production music video. The atmospheric visualiser sees the band in a magical forest setting, where symbolic doors surround them foreshadowing a return home.

ABOUT LEARN TO LIE

Formed in 2017, Learn to Lie are a 4-piece alt-rock band that combine complex rhythms and grooving riffs with clean, powerful vocals to create a distinctive, genre-blending sound. Autumn 2021 Learn to Lie went through a lineup change, with Courtney Hurcombe taking over as lead vocalist and Matt Checkley taking on Bass Guitar. Learn to Lie currently have 6 singles released alongside their Live Sessions EP ‘Electric Fields’. Their 2020 single ‘Cloud 9’ garnered over 15k organic streams which continue to grow.