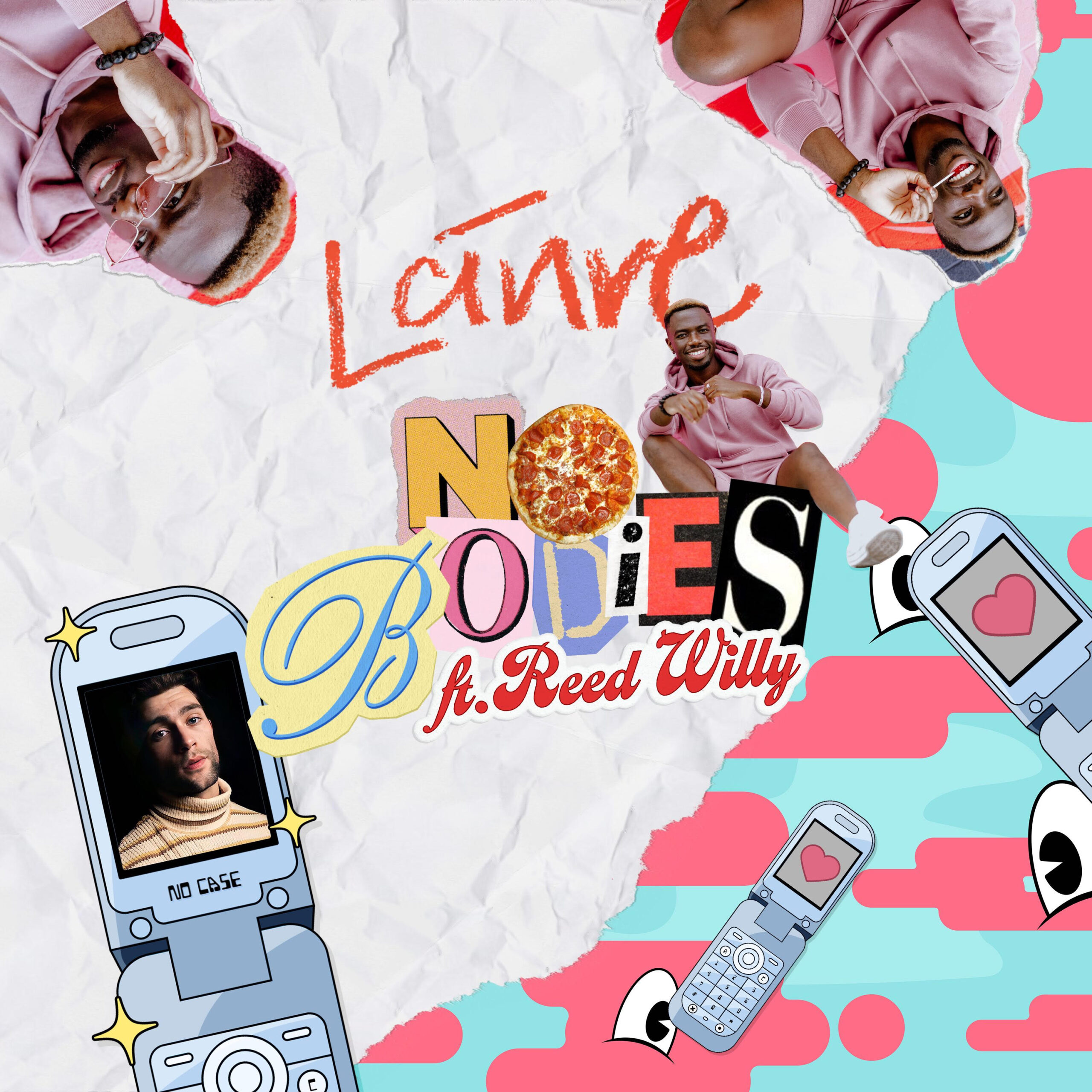 Atlanta’s newest breakout artist Lánre kicks off his 2022 with new single “No Bodies” (feat. Reed Willy). The track was produced by hitmaker Mileage (2 Chainz, LightSkinKeisha, Coca Vango). Coming off the success of previous single “LA”, which received great reviews and was placed on Tidal’s Future Sound editorial playlist alongside the likes of The Weeknd and BTS, Lánre looks set to continue his impressive rise with this latest release.

The track features fellow Atlanta singer-songwriter Reed Willy, who showcases his sultry vocals alongside Lánre’s smooth tonality that fans have grown to love. The two artists use comical metaphors and imagery to tell the story of the lengths people will go to to keep their relationships private and why.

Speaking more on the release, Lánre says, “The concept of ‘No Bodies’ came to me one day when I was scrolling through a comments section on Instagram. I kept seeing this phrase ‘no face, no case’, which basically means that if you don’t post the face/body of the person you’re going out with, you won’t be held accountable to call them your boyfriend/girlfriend. I thought this was hilarious and a really good song idea. Personally, I’m always dodging questions from my friends and family about who I’m dating or if I’m dating at all. Part of the song is about me keeping that side of my life private for now, so the title can also be read as ‘No Bodies’ business.”

This interesting take on modern dating paired with the song’s catchy hook and infectious melodies proves why Lánre has been receiving so much buzz. Having recently performed at the iconic SOB’s in New York City, expect to see and hear plenty more from Lánre as he prepares to perform live shows in Austin (during SXSW week), Atlanta, Denver, NYC and LA beginning in March 2022. In the meantime, “No Bodies” is available to buy/stream now on all platforms: https://lanre.fanlink.to/NoBodies.

Keep up to date with the latest from Lánre:

From touring the tri-state area with an award-winning show choir at age 10 to working with multi-platinum selling producers, Atlanta’s newest singer/songwriter is bringing new meaning to the word ‘popstar’ into the new streaming era of music. Born and raised in Central New Jersey, Lánre began his music career at age 10 when he attended a music school and was classically trained in vocal performance. Since then, he continued performing in off-Broadway musical productions and local festivals in Atlanta when his family moved south during his sophomore year of high school in 2008. It was in Atlanta that Lánre discovered his songwriting talent and released a 6-track demo at age 15 under the tutelage of his cousin and mentor, Mike WiLL Made-It, who played a big part in the beginning stages of his career.

Lánre continued writing and performing his songs in and around Atlanta during and after he graduated college where he discovered his sound of a mix of R&B, electronic dance and pop genres that was truly unique to him. Lánre’s artistry promotes a sense of nostalgia akin to the era of pre-streaming pop stars like Michael Jackson, Usher, Justin Timberlake, Beyonce, and Chris Brown, which he frequently lists as major influences on his music and look. With the 2020 release of his debut EP, In My Dreams, Lánre has shown that he is ready to make an impact on the music industry in a major way. In just a year of its release, the independently released project has gained over 300k+ Spotify streams, with lead single “Beautiful Lies” crossing 200k+ streams. He has also received support by BBC Radio for his single “Somebody New (graymattr Remix)”, which has crossed 200k+ Spotify streams. After more success with the release of “LA” in 2021, Lánre has kickstarted his 2022 with the release of new single “No Bodies” (feat. Reed Willy), which is out now on all platforms.