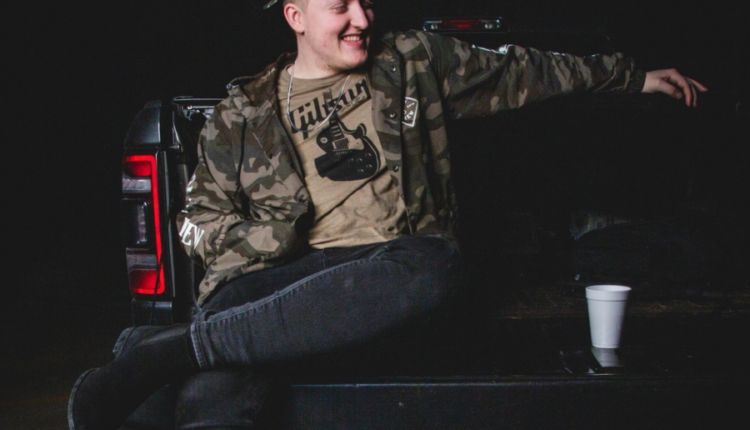 Country artist Seth Michael releases new single “Bout To Be.” The single is now available on all digital streaming platforms.

As the sun and warm weather are starting to creep in, Seth Michael’s newest single “Bout To Be” is guaranteed to be the next track added to your day-drinking playlist for summer of 2022. Similar to present artists such as Morgan Wallen and Riley Green, Michael’s sound is the perfect blend of classic and modern country and is topped off with catchy party inspired lyrics that’ll put you right in the middle of a backwoods gathering filled with four wheels, beer pong, and the sweet sun on your skin.

The song’s instrumentals are filled with upbeat guitar, drums, and fun electronic elements that make it the ideal addition to any modern-day country radio or playlist. At only 21, Michael’s vocals are current, yet extremely mature, being full of runs, strong twang, and pure confidence. Whether you’re looking to drink a pack of beer with your friends, or just need a song to start getting nostalgic about good times, “Bout To Be” is the perfect track to lift your mood.

Nashville recording artist, guitarist, and singer-songwriter Seth Michael first began belting out tunes in his Buford, GA home at the tender age of five. It was at this young age that his passion for country music began to develop. He quickly realized that his voice was a gift, and by the time he was 12 years old, he was singing in front of the chart-topping trio Rascal Flatts.

“I had an aha moment when I sang with them at a meet-and-greet and they told me I could make a career out of it,” Michael explains.

A few years later, the ambitious Peach State native would pick up a guitar for the first time and begin writing original music. As a Southern boy influenced by some of the world’s greatest country singers, Seth found he had a natural ability to write about his memories of growing up on Lake Lanier and his personal experiences with love and heartbreak.

His first EP Already Gone features raw, soulful lyrics that tug at the heartstrings. Tracks such as “Hard to Get” showcase the smooth, uplifting sound of Michael’s unmistakable voice, one that’s bound to define the next generation of country music. In 2020, he cut “Tonight,” a song written by Scott Patton, the musical director, and guitarist for award-winning country duo Sugarland.

Michael’s live performances highlight his natural talent and infectious passion for doing what he loves. He has had the honor of playing iconic venues such as the Atlanta Colosseum and Wrigley Field. In 2019, he joined forces with Justin Moore, LOCASH, Lauren Alaina, Lindsay Ell, Teddy Rob, and Russell Dickerson to put on a benefit concert for St. Jude Children’s Research Hospital.

At just 21 years old, it’s safe to say Michael is ready to take the country music world by storm.

Seth released his last single “She Got A Thing” in May of 2021, which was placed on several highly esteemed playlists including Apple Country Best New Songs and the Academy of Country Music’s New Music Friday playlist.

His music video for “She Got A Thing” has gained over 395K views and was featured on CMT.