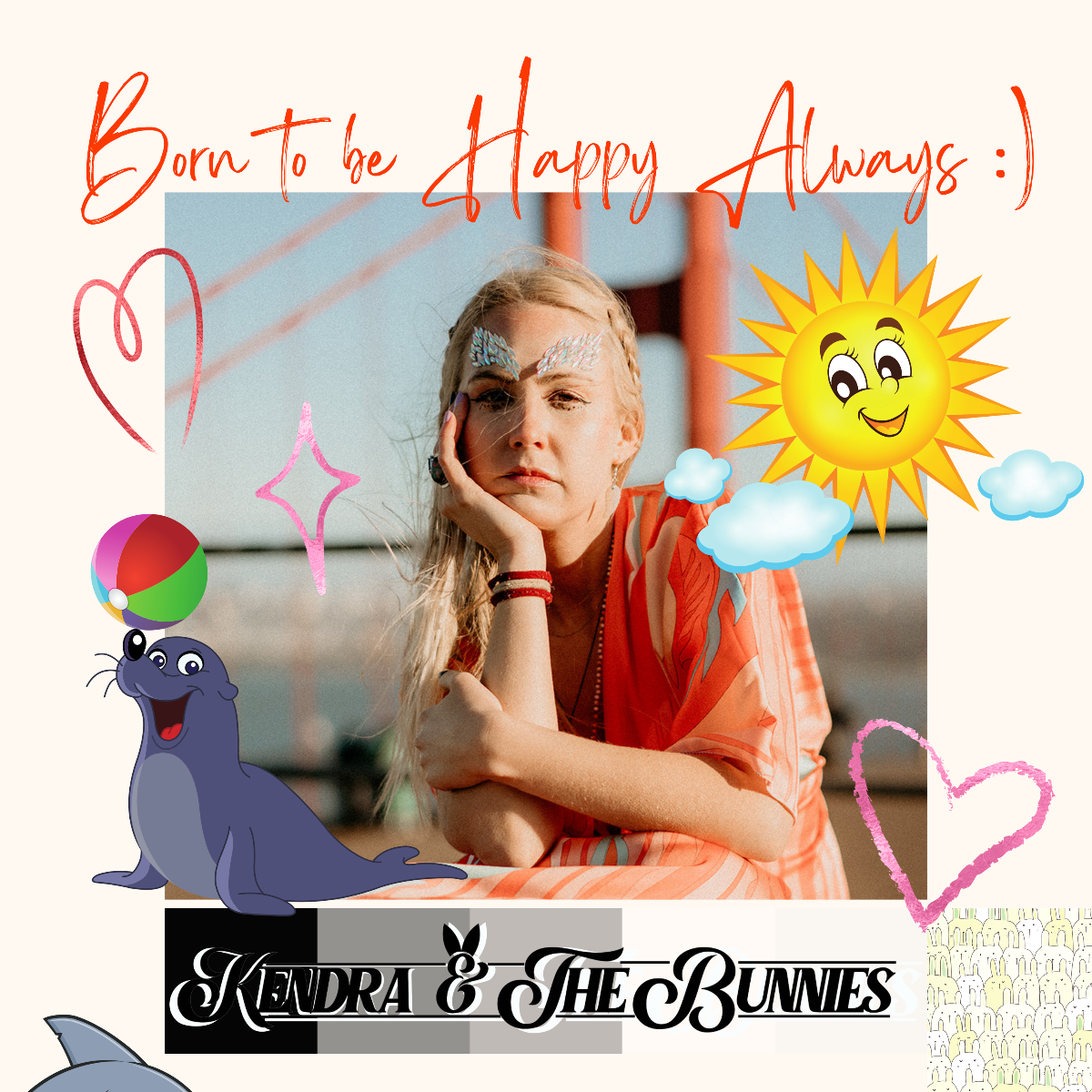 Multi-talented Folk/Pop artist Kendra Muecke of Kendra & the Bunnies is back with another new single called “born to be happy always.”

“born to be happy always is written from my perspective as a musician who travels often,” Kendra explains. “I have realized many times on the road that it is for a certain type of person. It’s for the type who is up to risk it all to get that which they desire.”

Kendra’s upbeat and bubbly personality shines through her new single, with lyrics like not looking for the sun anymore, it’s been right here all around me, dropping crumbs and whispering nonchalantly.

Kendra & the Bunnies is set to release an upcoming album called of marigolds & lightning bugs this March. While in the studio finalizing the last tracks for this album, the news about Gabby Petito‘s disappearance, and subsequent murder, was on every television station. Therefore, this album has a very special place in Kendra’s heart and she will be donating a portion of the proceeds to NIWRC (National Indigenous Women’s Resource Center).

About Kendra & the Bunnies:

Kendra Muecke is a singer/songwriter, writer, actress, and published author from Houston, TX, now based in Los Angeles, CA. She performs under the stage name “Kendra & the Bunnies” as a freestyle folk, pop rock, and spoken word artist. “Kendra & the Bunnies” performs both as a full band and as a solo acoustic act. Her style heavily utilizes the element of storytelling through song, painting a creative experience for the listener. She has released four albums, charted globally at #8 on the digital radio charts (between Dua Lipa at #7 and Miley Cyrus at #9), published two books, writes for several online music magazines, is SAG-Aftra Eligible and tours nationally.

In 2021, Kendra was invited to join the GRAMMYS Recording Academy as a voting member and she won Best Artist of the Year (multi-genre) at the Josie Music Awards 2021. She was also nominated for a 2021 International Singer-Songwriter Association Award. She is currently recording her upcoming eight-track album at the famous Hyde Street Studios in San Francisco.