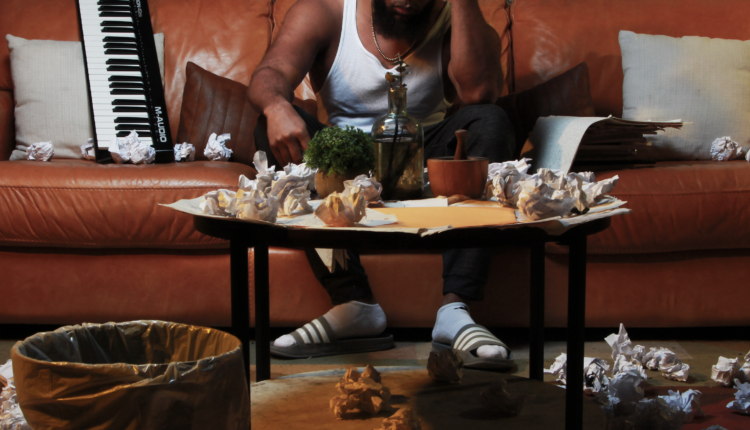 KC Carter prepares to release his new single ‘Stayed Down’ alongside Hip-Hop project ‘Letters To A Dreamer’ this March.

KC Carter gained success in the sync licensing realm which resulted in his material being placed across more than twenty TV shows, video games, advertisements and more. Having accumulated more than 500,000 streams, the Chicago area native is a rising talent of note that is not be missed with his latest release ‘Letters To A Dreamer’ revealing an introspective glimpse into the mind of an artist, entrepreneur and all around go-getter. It explores the many twists and challenges one faces throughout life and provides purpose through the power of lyricism and soulful production by Carter, Greg Williams, Marquis Brown and DJ Pain 1.

A stand-out track across the album, ‘Stayed Down’ embraces the hip-hop and R&B formula as rapid-fire melodies combine with pulsating basslines and elevating atmospherics for an undeniably captivating affair. KC Carter’s transcendent lyrics and Jarrett Johnson’s effervescent vocals fuse for a single that is powered by character and genuine feelings from front to back.

“Stayed Down is a reminder of how long I’ve been dedicated to my craft before I ever saw any support or monetary means. Giving up wasn’t an option for me, so I’m grateful GOD blessed me with an undying passion and work ethic to see this thing through.” – KC Carter

KC Carter discovered his love for music at an early age, influenced by Kanye West’s ‘The College Dropout’ and many other greats in the scene inspired the multi-faceted talent to release and self-produce his tracks. ‘Letters To A Dreamer’ explores the peaks, valleys and issues of life while unveiling that it’s not all about the final destination, but learning to see all of its beauty in the process through the form of hip-hop.