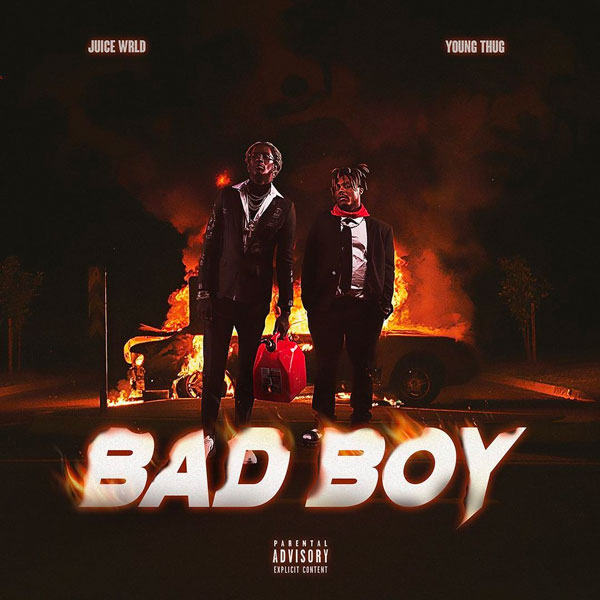 Juice WRLD is joining forces with Young Thug on a posthumous collaboration.“Bad Boy” is set to hit streaming services this Friday, Jan. 15, Thug announced on Instagram. He also revealed the cover art, which finds him and the late Chicago rapper standing in front of a burning car while Thug holds a can of lighter fluid.

The song previously leaked online and an official video is set to arrive Friday as well, directed by Cole Bennett.This is not the first time the two have teamed up. They previously worked together on tracks including “Mannequin Challenge,” “ON GOD,” and “Red Bentley.”