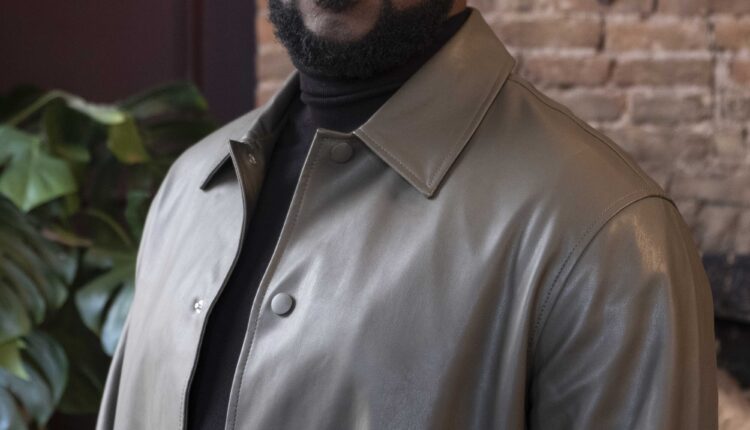 James Aaron is quickly becoming one of the most recognizable voices in R&B. You may have heard his luscious vocals from major TV commercials or The Kingdom Choir, now James steps into the limelight in his own right with the empowering offering ‘3 Words’. While James has worked in music his whole life, the making of this song solidified that he was ready to take centre stage as an artist.

James on the making of the track:

I wrote 3 words while visiting Florida. It was inspired by one of my guy friends in the UK experiencing domestic abuse. We don’t often hear stories like these, so it was about shedding light on a different perspective. A lot of guys stay quiet even when things are tough.

Mafro W, Dan Diggas, and Jay Asafo produced this track that blends soul and vigour to create an anthemic sound.

When James Aaron hit the scene as a solo artist critics dubbed his music “true soul … filled with originality”.

Since debuting as an independent artist his songs have regularly featured in the UK Soul Charts. His hit single ‘Chosen’ went to number 4 and his collaboration with UK producers Ruff n Tumble, ‘Only You’, broke into the chart at no 5.

Despite the pandemic in 2020 James Aaron kept spirits high with the release of ‘Wish You Well’ (featured on DJ Ace’s BBC 1Xtra Show) and the acoustic video for single ‘You’re Gonna Love Me’ garnered over 100,000 views.

The South London born artist began his career as a session singer. He has sung background vocals for JP Cooper, and featured as lead vocalist in major TV commercials for Coca-cola, Tesco, and Skoda. He has also toured the US, Australia and Europe as lead singer with The Kingdom Choir, who famously sang at the Royal Wedding of Meghan Markle and Prince Harry.

A force to be reckoned with, James claims Stevie Wonder, and Michael Jackson as big musical influences. He’s also been compared to Bruno Mars and Justin Timberlake for his pop appeal.The slick production, body-rocking bass lines and catchy hooks shows he is definitely making his mark on the contemporary RnB scene

James is no stranger to the stage. His childhood years were spent winning talent shows and honing his skills as a performer.

“From as young as 10 years old I’d give up every Saturday out of my own free will to attend local choir rehearsals just so I could practice singing.”

James grew up in a single mum household and has never met his father before. James had a life altering moment at 14 when he was assaulted. Attacked with a nail encrusted wooden plank, James was hit next to his eye leaving him with a permanent scar. A few years later James became a Christian and owes his faith to the journey in life he’s had since.

“I became a Christian at age 18 and have been one till present. Being in church from 18 years old also has a massive part to play in my musical journey.”

Romero Share Video for New Song – Halfway Out the Door