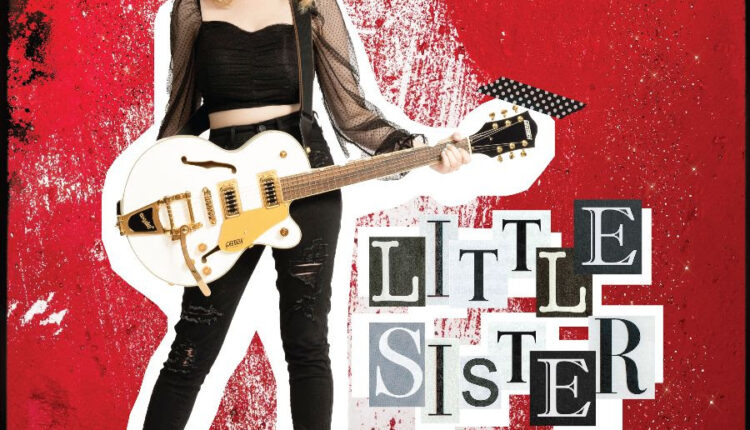 Ainsley Costello releases a new pop-rock song, “Little Sister” and ushers in a new chapter in her career. The single is available now on all streaming platforms. You can listen here.

Ainsley Costello is making a splash in the pop-rock world with her new single “Little Sister.” The track is infused with deeply personal lyrics about living in someone else’s shadow. How do you find yourself outside of the people you look up to and are compared to?

Costello is broadening our outlook on exactly what it means to feel like you’re fighting to break out of an older sibling’s shadow. In the age of the internet and social media, growing up under the influence of airbrushed models and influencers, younger generations are all too familiar with feeling overshadowed by someone considered bigger and better.

Costello is firmly and confidently leaning into the new music she is creating as she diverts from Americana and country roots to a bright, rock-edged pop. She is brilliant in melding the best aspects of country-style songwriting with rock and pop musical elements. With drums expertly setting a groove, paired with guitars that are enticing but not distracting or busy, “Little Sister” effortlessly unpacks the song’s topic while being approachable for audiences of all ages.

Dynamics such as these make rivalry the easy answer, but Ainsley is more interested in making her own mark rather than competing. Who says there’s not enough room at the table for everyone? She brilliantly toes the line of yearning for success but striving to be her own person. Costello effortlessly glides through her range, crafting every nuance and inflection she can as she tells a relatable story that stands alongside classic tracks of teenage angst and reflection Ainsley Costello is stirring up a storm with “Little Sister” and it’s no surprise that she has finally come into her own.

Biography: In a world dominated by overnight internet sensations and one-hit-wonders, emerging star Ainsley Costello has her eyes set on creating a legacy that stands the test of time. Delicately delivered yet powerfully profound, Costello’s heartfelt and personal approach to lyricism translates into a seraphic, easily digestible, and heartwarming listening experience.

At a very young age, Ainsley began performing live shows with a full band of adult professional-level musicians. She could regularly hold down a 3-hour cover set at just 14 and turned heads when you heard this tiny blonde girl sing “Folsom Prison Blues”. Prior to COVID, Ainsley had already performed over 130 shows in 10 states. Notable performances included shows at NAMM in 2019 and 2020, and Americana Fest 2019. She was also involved with both “The Voice” and “American Idol” when she was just 13. At 14, Ainsley became one of Breedlove Guitars youngest endorsed artists and has also since been endorsed by Mackie Sound by Loud Audio.

At only 15, the Seattle native (now based in Nashville) released a strikingly diverse debut album titled ‘You Know I Am’ – on the surface, a collection of country pop songs, but dig deeper and you’ll unravel a multitude of diverse musical influences and lyrics that speak to the insecurities of today’s teen girls. In February 2020, Ainsley and her family relocated to Nashville just as the world and the music industry shut down. But throughout quarantine, Ainsley used her time to write new material and connect with dozens of Nashville “row writers” to hone and perfect her craft. Creating a body of work that speaks volumes for her young age, Ainsley already has a catalog of over 150 unreleased songs. In 2021 Ainsley released a song each month, the equivalent of her second studio album.

Next up for Ainsley Costello is the release of her breakout single, ‘Little Sister’. Aptly described as such, ‘Little Sister’ tells the highly relatable story of finding your own voice in a world dominated by internet sensations and international superstars.

Hannah Bethel Releases Highly Anticipated EP, ‘Until the Sun Comes Back Around’