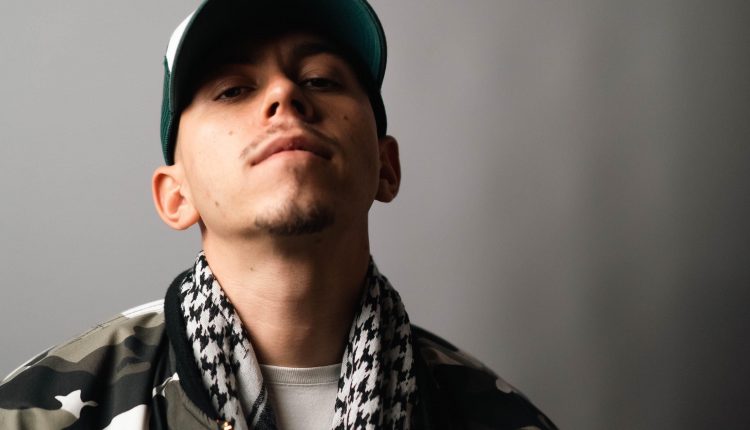 Rising rapper Feloneye has returned with his new single, “Zoom”. The track follows the previous single “Rockstar”, which was released earlier this year and received widespread acclaim.

The Berlin-based rapper has been making his mark on the hip-hop scene since his debut last year. He passionately examines his hustle, the pain and ecstasy of relationships, street tales, and overcoming hardships while incorporating inspiring credos.

And on “Zoom”, he continues with this winning formula. One of his best and most assured releases to date, it features a hard-hitting, club-ready hip-hop beat produced by Or1gin, which is complemented by Feloneye’s unmistakable rap flow and infectious energy. The energy is matched in the track’s accompanying music video directed by EN7OY Media Dubai Sili Ramic & Team.

Speaking further on the new release, Feloneye says, “‘Zoom’ is about how I could never trust no woman, only trusting the homies, doing things on the streets, how I’m still on my own even though I ain’t alone in this evil world we live in, still hustling in my zone type of vibes.

Like always when I’m in the studio with 4RAS and Or1gin, we started laying down the instruments, started vibing, put the kicks and bass on the track, and then we freestyled to it ‘til something started hitting. As the first session was done, the owner of the studio pulled up and said ‘thank you for getting the trumpets stuck in my head.’” “Zoom” is available to buy/stream now on all platforms: https://bfan.link/zoom-1.

Some rappers are in it for the money. Some do it for the kudos. For Berlin-based rapper and singer Feloneye, it’s all about chasing his dream. To do what he really loves. And to go all the way, always. Feloneye churns out a fusion of pop and trap – unfiltered and totally fearless records that examine his hustle ruthlessly and zealously. He shares the pain and ecstasy of relationships, street tales, and overcoming hardships, and infuses them with inspiring credos.

His sound? A slick, inimitable, sometimes echoed voice, bent into half-rapped, half-sung shapes. But Feloneye also sings with an instinctive feel for melodic hooks and imbues his work with his propulsive energy, as heard on releases like “Rockstar” and “Trapstar”, the most recent tracks in his arsenal. In fact, in any room Feloneye enters, his vibe is instantly palpable. His persona, and his sound, is consistent on and off-stage. More so, his work not only points to his day-in, day-out work ethic but also his intoxicating confidence: he’s here to stay, and wholeheartedly embraces a time of limitless opportunities as no one but his true self.

Thankfully, Feloneye motivates himself just as convincingly as he pushes others. His mission for Worldgang, his urban community of like-minded talents, is to connect artists worldwide, no matter their language, heritage, or background. Well-traveled himself, the German-Hungarian native embarked on his musical journey at the age of five, infatuated with live MTV performances by the likes of Akon.

Vocal lessons and local Berlin acts followed suit; soon, his singing career accelerated, and he properly sunk his teeth into his current genre. Today, between his backstory, his music, and his growing audience, Feloneye transcends a single sound or scene, which, considering his consistent evolution, suits him perfectly fine.