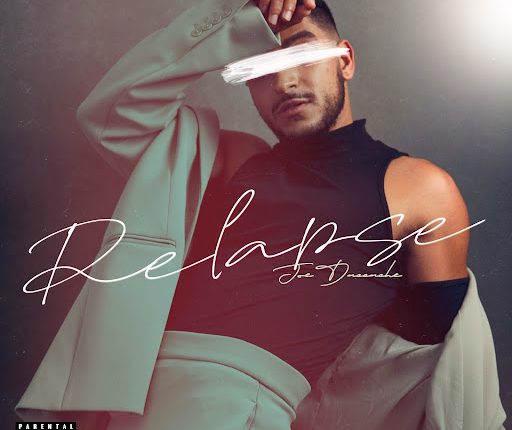 Joe Daccache Shares New Single “Relapse”: Pop artist Joe Daccache released his latest electrifying breakup jam “Relapse” with a commercial R&B/Dance backline reminiscent of The Weeknd and Robyn, Joe’s incredible vocal ability truly shines as he hits stratospheric notes and pitch-perfect runs. It’s no surprise he recently sang with LeAnn Rimes on Fox’s hit TV show “I Can See Your Voice!” Not only does this song cement Joe as a powerful singer, but also as a budding songwriter, as he writes an instantly catchy hook with meaningful lyrics: “It’s not a relapse, I’ll be okay. Give me a minute, let it sink in, and I’ll remember that you’re a b*tch for leaving me” Joe wails on his memorable chorus. As he continues to put out viral songs and tour across the country, Joe Daccache proves he’s a force to be reckoned with.

Sometimes the most painful moments in life can inspire the greatest art. On the inspiration behind the record, Joe discusses the lengthy healing process, “I noticed how the lows after a break up (this being my first) last a little bit shorter as time goes on, so in the midst of one of my deepest moments, I wrote this song to remind myself that I will be okay. Since the first day is the hardest, overcoming that helps me recognize that I can get through any day that follows no matter how difficult it may be.”

After sharing the stage with LeAnn Rimes on the smash network television show “I Can See Your Voice”, Joe Daccache has quickly been making a name for himself in the music industry. 7 years prior, Joe received the John Lennon Songwriting award, presented by BMI and Yoko Ono, and has since experienced many career highlights, including writing an original for popular beauty product Garnier Fructis to use in their marketing strategies, composing the entire soundtrack to the gay coming-of-age Austrian film “Who Are We”, and being a featured artist in a concert hosted by Warner Music sub-label, Altadena.

With over 50,000 monthly listeners on Spotify, and just shy of 1 million streams on his single “Body Talking” Joe earned placements on Spotify editorial playlists and landed a spot in a UK publication as one of their top 50 Artists to Watch. He has captured the attention of today’s top musicians and personal idols, Jennifer Hudson, Zoe Wees, and former member of girl-group The Cheetah Girls, Adrienne Houghton. Joe Daccache brings light to the LGBTQ+ community by sharing his experiences and providing his fresh perspective on religion, sexuality, and culture; he is definitely one to watch.