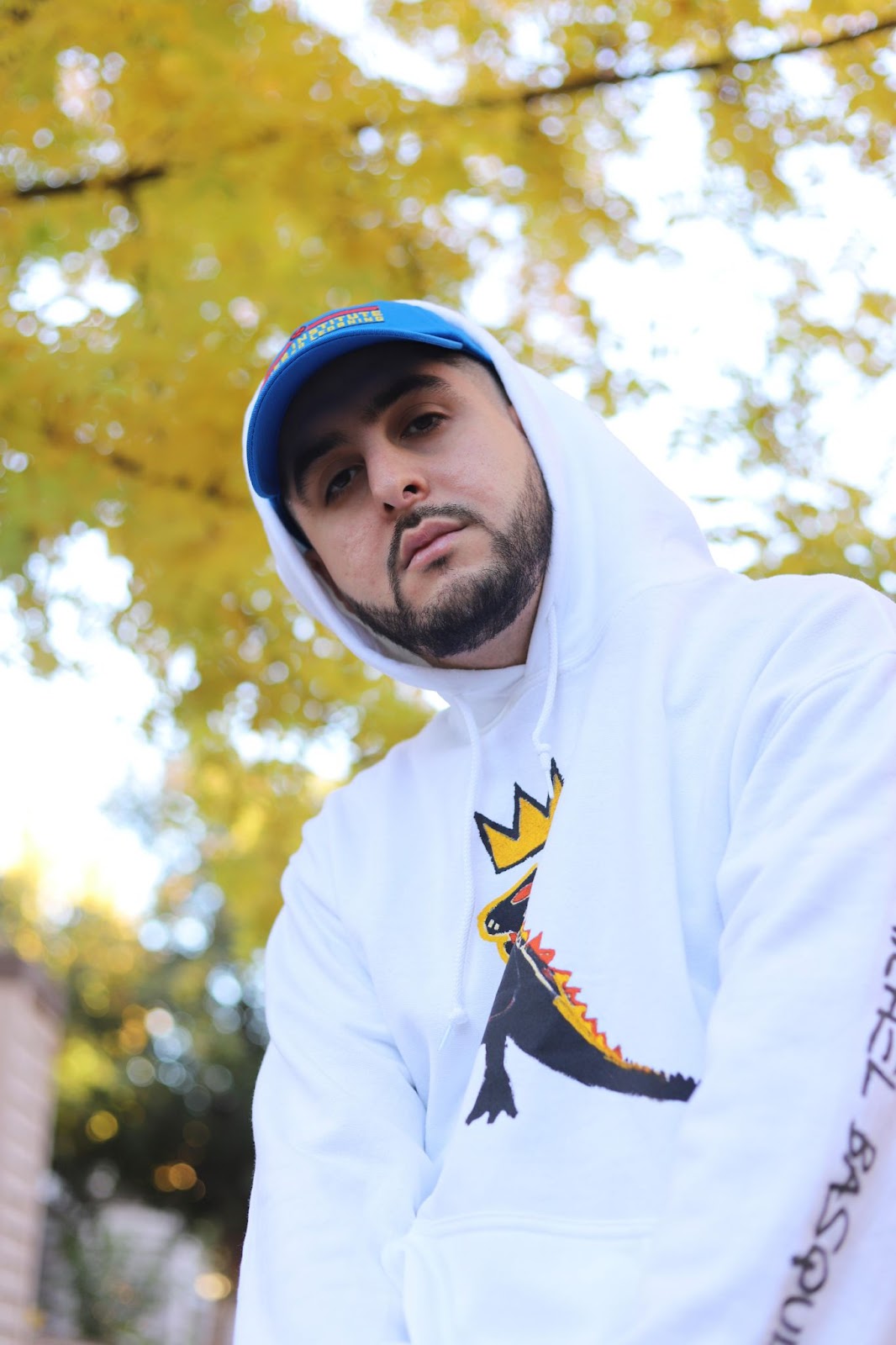 Fego Navarro is a Salvadoran American rapper from San Francisco. Returning with the new single ‘Café Con Leche’ taken from his upcoming EP ‘Escapism’, Fego once again demonstrates his ear for an infectious groove and his flawless flow.

Coming from the artist collective and record label Lyrical Opposition, ‘Café Con Leche’ is a feelgood ode to not just Fego’s long term partner but also a love song for coffee, the fuel that keeps half the human race going (and is helping write this press release right now). Catchy, fun and full of charisma, the tracks Latin and tropical infused backing and upbeat nature are a joy which is encapsulated in Fego’s chill, ultra smooth delivery.

Speaking on the single, Fego said: “Cafe con Leche is a Latin tropical-filled vibe that wakes you up like a shot of espresso. It’s about my longing for a partner who will be by his side every morning like a cup of coffee to start the day. Hopefully, this song will get you moving and grooving as caffeine does to the heartbeat.

I heard the beat from a producer named Mantra. Instantly I got Latin vibes and was inspired to write about a romantic relationship that revolved around Coffee and dancing. Growing up, Coffee has always been a big part of my culture. My grandfather cultivated Coffee in his country EL Salvador, so in some ways, I feel the song also connects to my family roots. Incorporating Spanish lyrics, I envision the song reaching other Latin American countries across the globe.”

Fego’s musical journey in Hip Hop began in his teen years at church. After church service, he would get together with his friends and kick freestyle raps outside the temple. This developed into a passion for writing his songs and attending local open mics to showcase his talent. His mother played different music ranging from Cumbia to Soulful American oldies. This gave Fego an appreciation for all types of music.

At the same time, Fego’s father was a militant man who, in the 1980s, joined the FMLN to fight in the civil war, which has left a long-lasting impact on his home country of El Salvador, which after-effects can be seen to this day. The joy of family and the pain of war can be witnessed within Fego’s music.

Fego is now a member of the artist collective and record label, Lyrical Opposition, which centers its efforts on supporting Hip-Hop elements in San Francisco for all ages. Having had his music feature on MTVU HBO Latino, Local Bay Area station Wild 94.9 and international tastemakers Earmilk, Clout and Notion, Fego Navarro is certainly one to watch over the coming months.