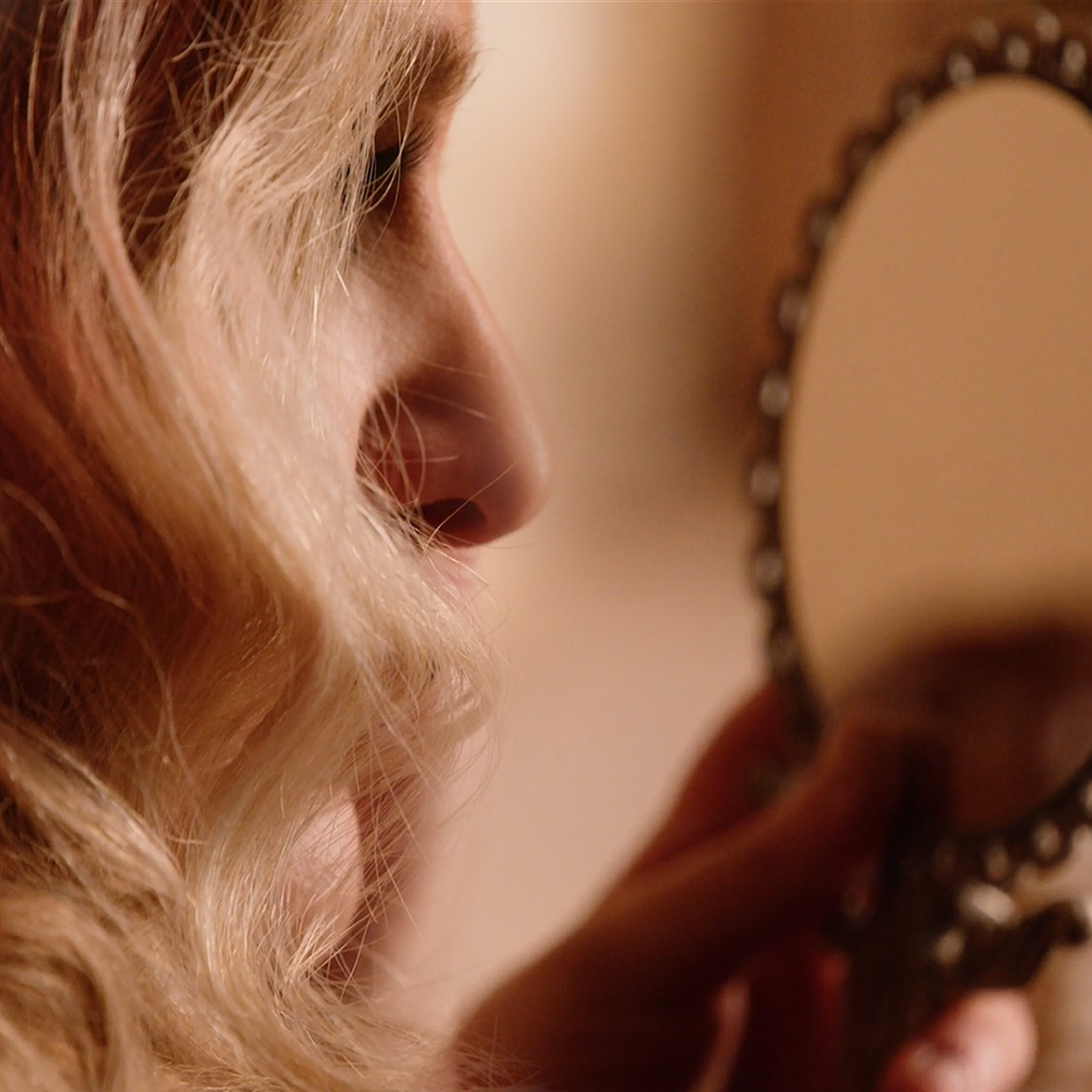 Greek Avant-Pop artist Lia Hide returns with her new single ‘Proposal’ taken from the upcoming, fourth studio album ‘The Missing Fourth Guest’. Having previously signed to EMI-Universal and worked with a number of acclaimed producers including multiple Grammy award winner Adam Ayan, the Athens based artist has established herself as one of the most exciting names on the Greek Art-Pop scene. Now back with a three piece band  and new material released via Conch Town Records, Lia is once again demonstrating her prowess as a songwriter, vocalist and musician.

‘Proposal’ offers an exciting insight into the upcoming album. Rich layers of airy, processed piano and deep electronic bass create a dark atmospheric backdrop under Lia’s reverb soaked, effortlessly affecting, haunting vocal delivery before choppy drums enter, changing the track’s pacing and pulling it in a different direction. Developing through multiple sections with layers of strings, subtle guitar lines and layers of harmonies, the single is experimental, beautiful and packed with musical complexity comparable to the likes of Potishead and early FKA Twigs. Sighting Kate Bush, Tori Amos, Massive Attack, Nick Cave and the Bad Seeds, Cocteau  Twins and Radiohead among her influences, Hide’s classical music training is evident, though carefully as she blends strings with her synth heavy production.

Speaking on ‘Proposal and the upcoming new album Lia said:

“The new album borrows its title from Plato’s ‘Timeaus’ dialogue opening line, and

discusses the emotional struggles of the recent Covid19 pandemic and lockdowns,

human mortality, and the modern man’s place in the Universe.

‘Proposal’ was the very first song I wrote for the new album and made me focus my head on completing a fourth album. It’s entitled “proposal” as I wanted to ‘propose’ to my band (Aki and George) that we start working on a new album, and also, I wanted this new sound, in my head, to become a reality.

I first came up with the idea for this track back in 2019, before the Covid pandemic and quarantine, and before we embarked on our big (and last) European Tour in the Fall of 2019, I just had not figured out the lyrics of it, yet. I keep replying ‘Ι do’ to various sentences I utter, especially from the second verse and on, and I felt like I, well, since no-one is going to put up with me, I will marry myself.. Mrs Jekyll, me being Mrs Hide.”

Lia has studied classical piano, operatic singing, music technology, advanced harmony and songwriting giving her a vast knowledge of music theory which informs her immense creativity and innovative ideas. Having played a number of European tours including the most recent tour in 2019, a 40 day venture with 28 shows across 10 countries, Lia has appeared in a whole host of tastemaker press including Readers Digest and Rockway.gr as well as playing support for and collaborated with a number of top international and Greek artists including: Tricky, Joseph van Wissem, Anneke van Giersbergen, Kadebostany, KBHTA, Keep Shelly in Athens, Molly Nilsson and Kovacs.

The upcoming new 8 track album ‘The Missing Fourth Guest’ was produced by Lia Hide, mixed by Ian Shaw at Warmfuzz Productions, and mastered by Denis Blackham at Skye Mastering, UK.