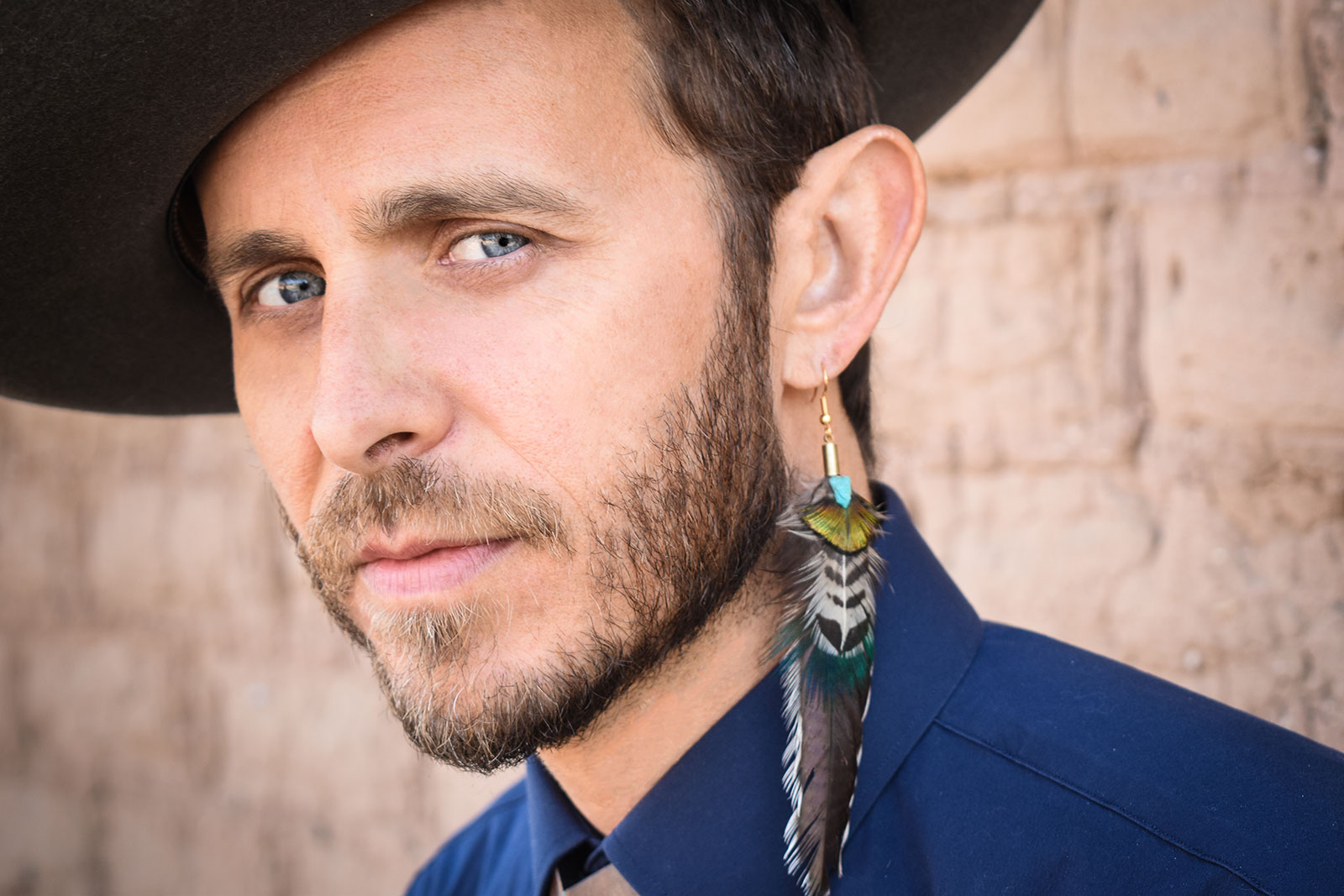 With over 20 years in the music industry Fugitive Mood has remained consistent in the music business with numerous classy singles released to his credit.Having written music his whole life, the fast rising American singer, songwriter and record producer Fugitive Moods, is gradually making wave for himself through his music career.

Be that as it may, Fugitive Mood’s natural affinity for songwriting was very prevalent in his previous singles, but was seen on a greater level on his latest single ‘These Walls’. The song is a cohesive body of work, which saw Fugitive Moods in his element , as he showcased his many talents like we have never seen before..When you listen to this song for the first time , the intro gives you a very good feel of the rest of it.

From humble beginnings, he rose to write and produce multiple albums and tour across 2 continents. But by 2016 he found himself a threadbare soul languishing among the spectacular landscapes of the New Mexico high desert. His music career was disintegrating and his personal life in disarray.We caught up with Madi Fugitive Moods to find out more. Check out the interview below and be sure to stream “These Walls” beneath”

Stream “These Walls” By Fugitive Moods Below

Thank you so much for joining us in this interview! Could explain what motivated you to go into music?

Oh man, you’re gonna call out my age that quick huh?  Just kidding.  Yeah, I got into music as a younger person in the 90’s.  At the time, I didn’t really know anything honestly.  I was just compelled to create something and participate somehow.  Since I was completely obsessed with hip hop at the time, it made sense to start rapping.  I really wanted to DJ, but Technic 1200s weren’t exactly affordable.  So I grabbed my school supplies and started writing.  A few years later, I got into beat making and that really launched it all I would say. Deep down I’ve always been motivated to create and music is the thing that has kept my attention all these years.

How would you describe the music that you typically create?

Phew. I wish it were simple.  Since my music education came from sampling vinyl records from every imaginable genre I feel like my music pulls from all sorts of styles. I’ve been told that it defies categories, which can be a good and bad thing really.  Ultimately I feel that’s genre-bending indie pop that’s rooted in sincere songwriting.  Music is emotional.  I’m just trying to express whatever the emotional core of the song is, regardless of style.

What inspired your debut single “These Walls”?

Coming hard and fast with these haha.  I don’t typically like to talk about what songs mean, or what they’re inspired by, but “These Walls” I feel like is pretty obvious.  It’s about the divisions that we create between ourselves. Whether it’s personal, racial, political, ideological or whatever.  These are crazy times where we’re seeing deeper and deeper division everywhere.  I hope the song encourages people to examine those divides and look to understand what’s on the other side.  I hope I’m explaining this well enough.  I think it’s best just to listen haha.

How would you describe the effect of covid-19 in your life and career in general?

Oh man.  It’s hard to even have perspective on this question right now. On one hand, this is a global crisis that has taken its toll.  It’s taken the lives of people I love and changed everything.  The world we live in now, would have been unimaginable just 2 years ago.  It’s been so hard on so many.  On the other hand, taking the last couple years to slow down and take account of what’s really important has been a powerful experience for me personally. I finished my debut solo album for this new project, Fugitive Moods, which I don’t know if it would’ve happened otherwise.  I also experienced a closeness in some relationships that were made deeper by the isolation. I also had the space to grow in a way that might not have been possible without the lockdowns. It’s crazy.  It’s like this bittersweet catastrophe that I loathe and appreciate all at once.

Do you have any upcoming shows? What are your favorite and least favorite venues that you  have performed in?

Yes!  Dates in Europe should be announced in the next couple months, but I can’t say anything right now.  Get in touch at www.fugitivemoods.com and you can see all that once it’s announced.  Favorite venues… I fondly remember playing Low End Theory at The Airliner in LA. That was definitely a memorable one.

If you aren’t in the studio recording, where else can you find it in your leisure time?

I spend all my free time cleaning up after my kids haha!  Seriously, I value spending time with the people I love.  Cooking and eating.  I love games.  I’m actually a competitive Kubb player.  I know what you’re thinking…what is Kubb??  Google it haha.  I run and read and travel and chill.  I’m currently working on developing a board game too.  All kinds of things really.

Who are some of the artists that you intend collaborating with anytime soon?

I’m so glad you asked.  I just finished up work producing a 2 track debut for a wonderful singer songwriter, Wallace Grand.  She is fantastic.  The lead single “Rosy Sheen” is this incredible bossa nova, 4 on the floor, dance ballad.  I’m so proud of these songs and can’t wait for people to hear her beautiful voice and songwriting.  That should be coming out this year.

If you could go open a show for any artist who would it be?

Eels, Eels, Eels.  Mark Oliver Everett is incredible and Eels has a very special place in my heart for a lot of reasons, notwithstanding that the album Hombre Lobo totally shed a light on what was possible with music production.  Eels.

If given the nod to change anything in the music industry what are the two major things  that you will be considering first according to your order of priority?