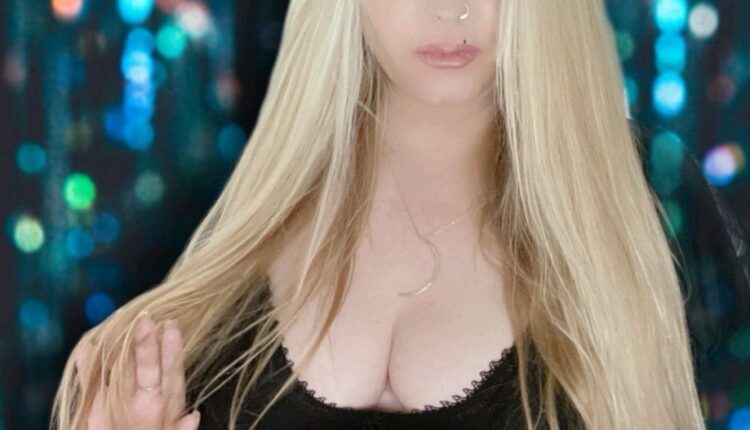 Multi-talented USA based singer and songwriter Karine Hannah, has released a cover for Van Halen’s uptempo rock song “Jump”. She teamed up with ace record producer Josh Harris, in making this ‘Jump’ cover a reality.

In furtherance, the impressive single ‘jump’ talks about wanting a relationship with someone who you love who is not all in. The talented songstress who has been consistent in the music business with numerous songs to her credit nods her vocal influences to legends such as Gladys Knight, Patti LaBelle, Jennifer Holiday, and  as well as French and European artists she heard on the radio as a child.

Be that as it may, Karine stands poised to capture the world’s attention with her voice. She want people to feel something massive in their soul after listening to her music. We caught up with Karine Hannah in a recent interview to find out more about her music career. Check out the inter below and be sure to stream “Jump” beneath”

Tell us a bit about yourself and how you first got into making music.

It all started when I was a preteen and I auditioned for a semi professional Broadway show in my hometown of Montreal, Quebec and after I sang my song for the audition I got a standing ovation. I always loved music and singing as a kid but the validation from the crowd and the impact that It seemed to have, showed me that this is where I need to be and this is where I want to be.

Congratulations on your cover of Van Halen’s single “Jump”. What’s the rationale behind choosing this cover?

Thank you so much. During the height of Covid I knew that I wanted to record an album of reimagined covers.

I wanted to go back to who I am, and who I am is an interpreter of song more so than a songwriter who is constantly writing original material.

Eddie Van Halen passed away and a lot of my musician friends were devastated over the loss. He was so influential and considered one of the greatest guitar players of all time. It was at that time, one of my friends who was so distraught over his passing just mentioned to me why don’t you do a cover of Jump. I laughed and we didn’t talk about it again.

The song was rolling around in my head for the rest of the day and suddenly that night I just sang it as if it was a slow jam/ballad subconsciously not even trying to change it up and I was absolutely amazed at what came out. I knew that this was meant to be and a fabulous transformation of this song.

You got an invite from world-renowned diva Celine Dion to perform at her wedding. Do you think that this invitation helped in shaping your music career today?

When I found out that Celine Dion had seen me on a local TV show and had asked specifically for me to be the performer at her wedding, I thought that this was going to be the launching of my career. No doubt it was an incredible experience and what a great story to tell all these years later, but realistically I was very young, And definitely had a lot to learn. I was not polished as an artist and it was all very raw talent at that time.

I don’t think that it shaped me in any way, but it was a reality check. Just because you have an opportunity to stand in front of successful people in the music industry does not mean you’ve made it .

You are a member of Cash Money Records/Universal Music Group.How do you feel being a part of these great music brands?

What’s next in line for you musically?

Currently I’m fully enthralled in these recordings of reimagined covers. The project is called inspired; I am doing songs from four different categories: rock, 80s, in-pop (the latest trendy songs) and classics. I am very inspired by this. I’m loving it and I’m going to keep recording until I have at least 10 songs per category. I’ve recorded 12 songs so far, so I have a ways to go.

Also, I’m hoping to get back out performing live. That’s something that I miss, and haven’t done since 2019.

Who are your musical influences?

I would probably have to say that to some degree Celine Dion has impacted my direction as an artist.

But as for vocal influences, I am very influenced by soul singers such as Gladys Knight, Patti LaBelle, Jennifer Holiday the original dream girl, and a female artist from Canada Amanda Marshall.

I think when I was younger growing up in Canada I felt like I needed to be in the United States because I knew that I wanted to pursue music in English, where I grew up it was primarily French.

But, musically Canada embraced music from Europe much more than the United States and I have been influenced by the amazing Canadian artists that Americans have never heard of, and some amazing Euro music. It has shaped my tastes in music and so much more. So for that reason I am glad that I grew up in Canada. Oh and also I’m glad that I grew up in Canada because we are nice people haha!!

If you could go open a show for any artist who would it be?

The Weekend or Elton John

What are the skills you have gained that help you perform effectively as a musician?

I think the greatest skill is first and foremost getting good sleep, if you are physically tired it affects your voice, engaging with your audience is so important,  and not drinking too much while you’re on stage because it makes you have the urge to burp!