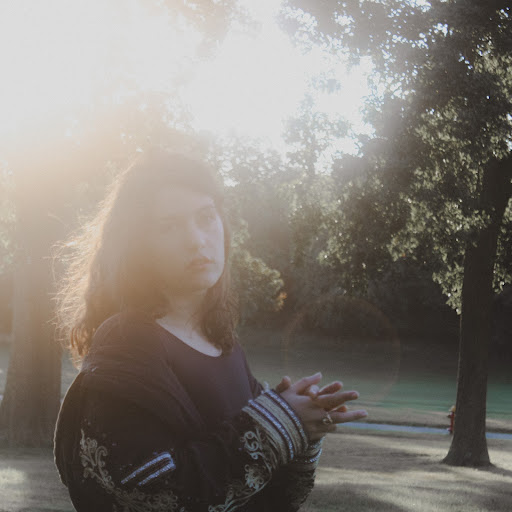 Eucereon Release New Single – Go.Eucereon is a UK/US based DIY singer, songwriter, and producer. Improvised guitar riffs, beats, and vocals shaped through her loop station along with personal and introspective lyrics create the ambient landscape of the music. Eucereon now unveils her haunting new offering ‘Go’. The folk-tinged indie ballad combines wistful vocals and a foreboding guitar line with delicate synths, creating a melancholic soundscape to capture the dark themes of the track.

“Go is about codependency masquerading as love, and the fear of leaving when you’re made to feel you can not leave. The context of the song is based on one particular evening, as many of my songs are. ” Eucereon explains.

Using her loop pedal to create layers of guitar riffs and vocal harmonies, she created the somber atmosphere of the track. This song went through several different sets of lyrics before the ones it ended up with, coming from an improved stream of consciousness technique Eucereon often uses when writing lyrics.

With a global effort behind the track, ‘Go’ was written in Denmark, produced in the UK, and now released in the US.

Eucereon’s music is an intimate reflection of uncertainty and perseverance. The performances are intimate and immersive, taking the audience on an ethereal journey through music and visuals while making them move with beat.