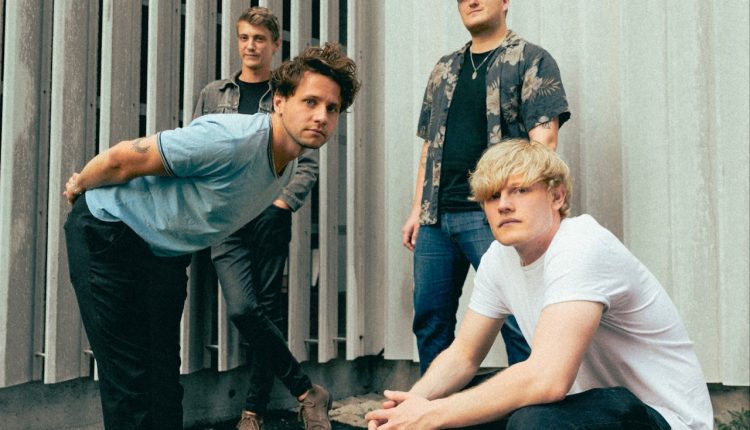 Brighton 4-piece Comforts return with the vibrant, swelling new single ‘Mixed Signals’. Produced by & Mixed by Alexander Gordon (Sundara Karma, The Cure, Rag ’n’ Boneman among others) Comforts once again demonstrate the impactful yet warming Indie-Rock exploits that have seen them gain airplay on BBC Radio 6 Music and placements on Apple Music’s ‘New In Rock’.

‘Mixed Signals’ is a great example of the band’s abilities to sculpt musically intriguing yet catchy soundscapes. The song instantly introduces the tight, dreamy-indie sound they have become known for.

Opening with beautiful, modulation and reverb tinted interlocking guitar lines which float atmospherically over the tight drums and deep bass, the band quickly set a melancholic tone. The understated yet effortlessly charismatic and emotional vocal delivery soon enters, shining as bright as ever, as lead singer Sam treads through the trials and tribulations of a fraught relationship. By the time the track bursts into its vibrant, spine-tingle-inducing chorus with layers of expertly placed harmonies, the track has already left its mark before continuing its journey with some brilliant overlapping vocal arrangements, ending on a hugely satisfying climax.

Speaking about the meaning behind the single, the band explains: “Mixed Signals is about two close friends going through a pretty bad break up at the time. It was quite toxic & so they’d both be calling each other, not picking up the phone which would result in huge fights! We wrote this song from their perspective, about one long night in particular. I guess there are always two sides to every story.”

Sighting both 90s Brit-Pop and early 00’s indie among their influences, Comforts manage to capture a warming sense of familiarity whilst still retaining a fresh and exciting edge. Having already gained tastemaker coverage from the likes of Clout and Gigslutz as well as a whole host of BBC Radio plays including from Tom Robinson on BBC Radio 6 Music and BBC Introducing, the band has made a name for themselves as an exciting live act having already played support for a number of breakout bands including Orchards & Avalanche Party among others. Now back with more new material, the band is set for a big year.