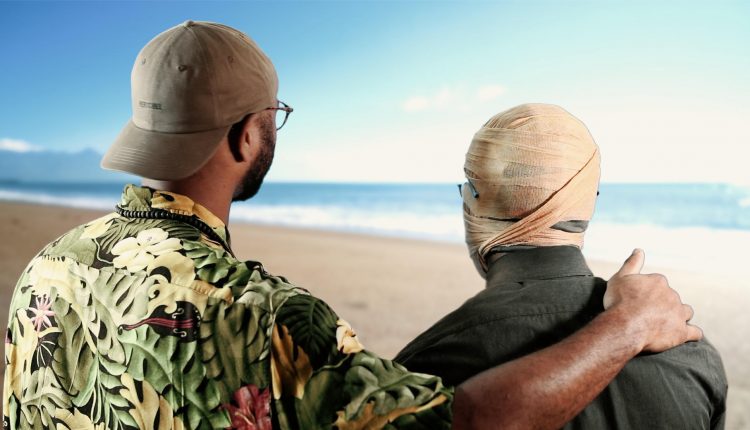 THISMINORITY is a rapper from New Orleans, LA, and currently based in Brooklyn, New York. The rap newcomer has just unveiled “SUNNY BEACHES” (feat. Indigo), which is only his second single following debut track “MEDI”, which was released earlier this year. After such an impressive debut, he has remained on form with “SUNNY BEACHES” and looks set to continue his rise.

The track stands out immediately with its ukulele-led tropical-sounding hip-hop production. It’s boosted further with an incredibly infectious hook that will no doubt be ingrained into everyone’s head after one listen. THISMINORITY’s captivating rap flow and impressive lyricism tie everything together perfectly, and the end result is a track with enormous replay value that marks out the rising artist as one to watch.

Speaking further on the new release, THISMINORITY says, “‘SUNNY BEACHES’ is about acknowledging yourself and your progress even if you feel behind. Acknowledge that you are moving, and treat yourself on whichever scale but show love to yourself. You’re never as late as you think, and with passion exercised you’ll always be on time!” “SUNNY BEACHES” is available to buy/stream now on all platforms: https://distrokid.com/hyperfollow/thisminority/sunny-beaches-feat-indig0.