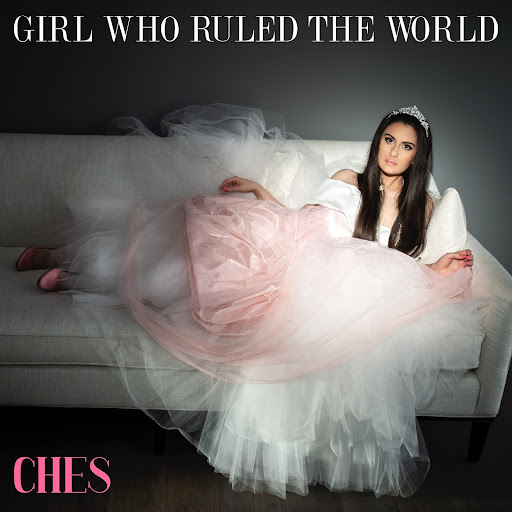 The London-based singer-songwriter known for her prominence and background in the world of Fashion beautifully explores the transition of inspirational female pop artists delving into the new era of rock music. Ches Barrow is rising the ranks and staking her claim as a fresh UK based artist while empowering the current USA scenes currently led by the likes of Willow, Olivia Rodrigo, and Avril Lavigne.

‘Girl Who Ruled The World’ is an exceptional statement from an artist who is not holding back. Having already released two incredible offerings in EP titled track ‘Girl Who Ruled The World‘ and recent follow up single ‘The Dark Side’ what’s to come promises more of Ches’ unique heavily-styled poetic lyricism and melodic-edge that’s fast becoming her ’signature’.

Ches Barrow teamed up with internationally renowned Guitarist producer Bassel Hallak who is known for their work with Love Amongst Ruins and Tom Jones. Ches also worked with co-producer Haydn Bendall, credited for their work with Andrea Bocelli, Leona Lewis and Kate Bush while the EP was mastered by none other than Mazen Murad (credits Alanis Morissette, The Rolling Stones)

Talking about the release of her new EP Ches mentions,

“It’s taken all of my growing up; writing song after song to an empty room with Music existing as both the truest and most private part of who I am as well as my entire artistic career curating Fashion so deeply as my ‘surface-value’, to get brave enough to finally release my songs and give you ‘me’ in Girl Who Ruled The World’. It’s exciting.”

“It’s ‘the raw and the pretty’ in terms of sound: because fundamentally the thematic premise for these songs despite me writing them at different times in my life is: what’s behind her mask? So Guitar-led with ‘synthetics’ is what I really identified with even bar my love for piano (which there’s a nod-to in Indian Ink Girl). These songs were so deeply embedded in me; production was painful but I love the grit and think it almost became the EP.’’

With her title track already been dubbed ‘everything that makes people fall in love with music’ by Honk Magazine, having caught the attention of the likes of Lock Magazine, Loud Women, Fame Magazine, and much more it’s hard to ignore the impact that Ches Barrow’s debut EP will create.

5. Girl Who Ruled The World

Listen To Girl Who Ruled The World By Ches Sparrow Below