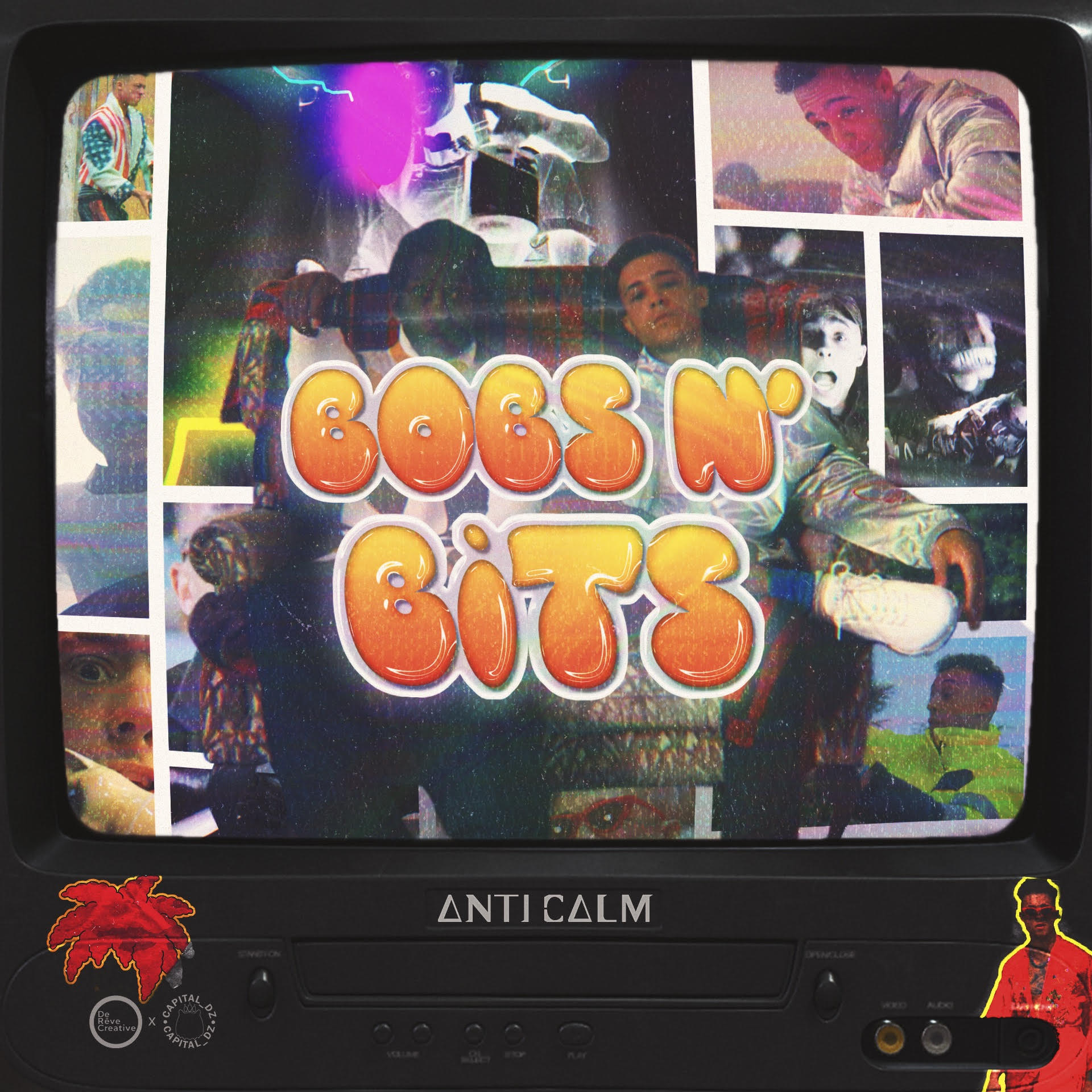 Rising rapper ANTICALM is ready to make himself known as one of the most distinctive voices from the UK with his ferocious debut single, “Bobs n’ Bits”. The destructive blend of raw and playful storytelling delivers a fresh take on modern rap alongside his production partner Samuel D. Samuel recently worked with Mogwai’s Stuart Braithwaite who had a number 1 album with the band in 2021.

As soon as the track begins, it demonstrates the influences of hip-hop, grime and punk. ANTICALM is assured as he delivers his tongue-in-cheek lyrics, whilst the futuristic production hooks in the listener with a caustic blend of heavy bass and piercing synths, which gives the track its distinct edge.

Discussing the playful nature of the track, ANTICALM shares: “I walked past a discount shop called bits n bobs when I was living in Manny! Walked home, flipped the chorus and recorded the track that day. Everyone talks about doing bits round here, me, I don’t do bits, I do bobs and bits. Simple!”

The talented rapper tackles his own performances with a similar carefree vigour and passion as his influences Scarlxrd, Slowthai, Plan B, Yungblud and Rage Against The Machine. It’s forward thinking, it’s chaotic, it’s rowdy, it’s powerful. Simply put, ANTICALM just may be the rap scene’s long-awaited answer. “Bobs n’ Bits” is available to buy/stream now on all platforms: https://kycker.ffm.to/bobsnbits.