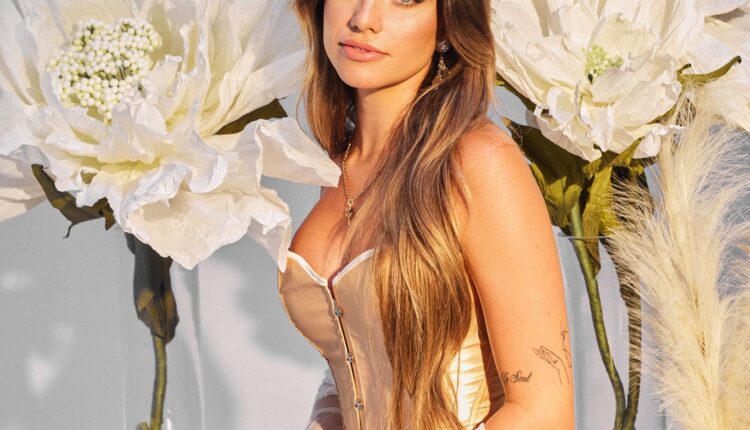 Anna Mae Unveils Debut Album, For The Romantics: Rising alternative pop artist, Anna Mae, shares an intimate and dreamy portrait of life with her debut album, For The Romantics. The enchanting alt-pop album, available now, tells a story of sweet nostalgia and discovering romance in every complex facet of life — in heartbreak, love, independence, and growing up. Born out of the whirlwind of 2020, this album is the culmination of Anna Mae’s personal life experiences, the highs and the lows.

“The songs and melodies handpicked for this album are so special to me. They feel like an extension of myself.” shared Anna Mae. “It’s my ultimate dream project. It’s me processing my own life experiences and hopefully capturing them in a way that lets you hear your story in mine.”

For The Romantics Track Listing:

Lyrical masterpieces and handcrafted dream-like soundscapes have established Nashville-based alternative pop artist, Anna Mae, as a disruptive force for popular music. Her unfiltered feelings resonate
just as loudly as her stunning vocals do. Whether it’s your first time hearing her name or not, it’s likely you’ve already heard her voice on TV.

The vocal charm and songwriting talents of Anna Mae have proven to give her substantial and sudden success in the licensing world, landing over 150 different placements on major networks and trailers, including a Toyota Super Bowl commercial, the movie trailer for On The Basis Of Sex, trailers for The Bachelorette (ABC), as well as, music in Orange Is The New Black (Netflix), Grey’s Anatomy (ABC), and The Bold Type (Freeform).

She was also the first writer signed out of Prescription Songs Nashville location.Anna Mae has spent the last year crafting and writing the album of her dreams. Her latest single“Coming Of Age” earned a handful of praise from the likes of Spotify and Tidal.

Tidal also added “Coming of Age” to their official Pop Acoustic playlist. “Coming of Age” arrived on the heels of previous singles like the empowering female anthem, “Bond Girl” and the dreamy ballad “Roaring 20s.” With today’s debut album release of For The Romantics, there’s no signs of winding down for Anna Mae.