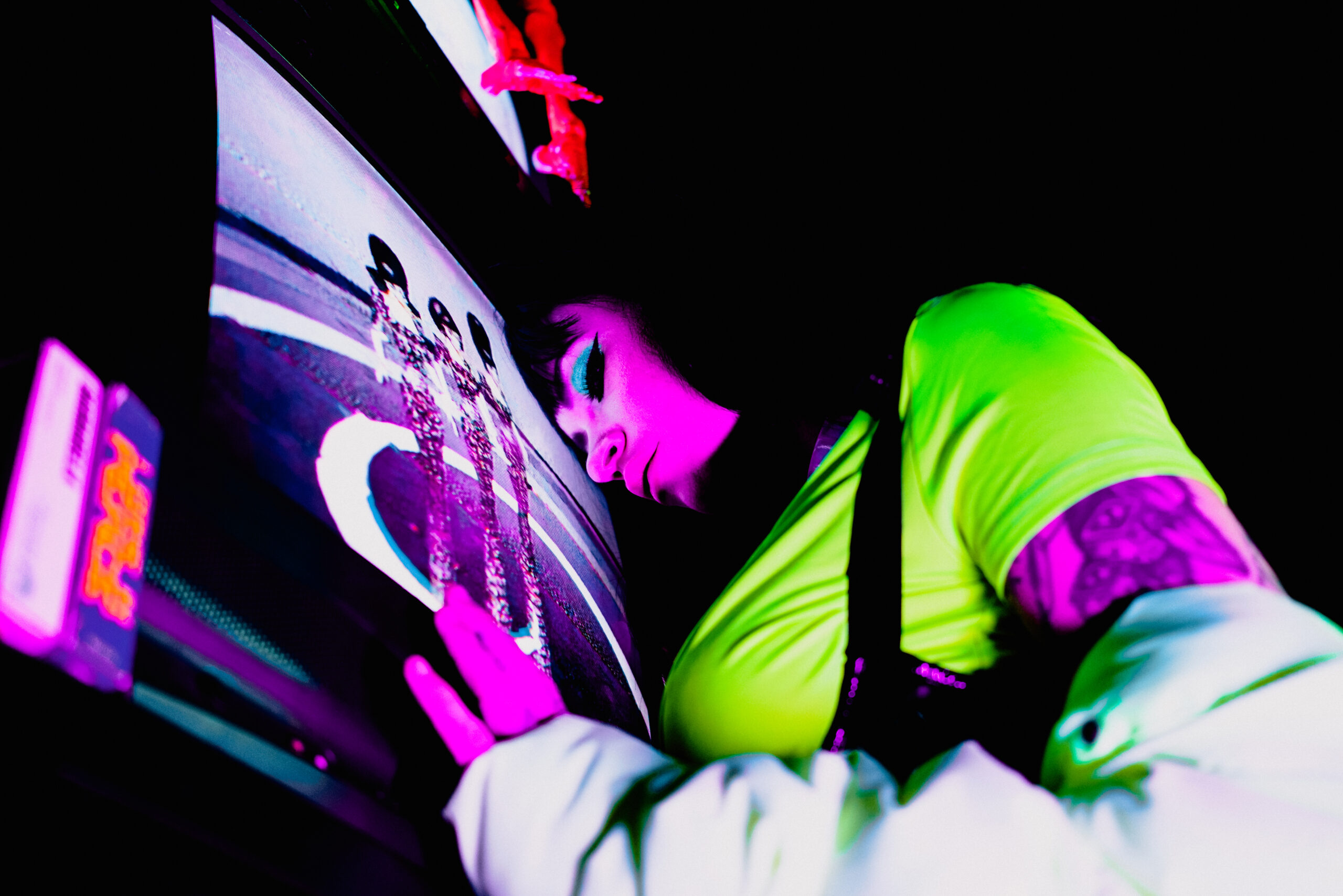 With poetic nuances, Alexa Van evokes emotion with her voice. Telling the story of one whose been to hell and back, and isn’t afraid to bend the rules. Alexa Van started an Only Fans side hustle to fund the start of her band, “Alexa Van and The Black Outs.” Now she’s circled back to her roots-pop music. Combining the gritty power of rock vocals, with catchy pop music to create a sound you can’t help but be intrigued by. Returning with a haunting new track just in time for the spooky season, Alexa Van unveils ‘Space’. Alexa Van’s vocals dominate the track’s soundscape, which creates an entirely unique experience for the listener.

Alexa Van on the meaning behind the track:

“Space conveys the feeling of gasping for air. We started by using my voice to layer sounds to build the instrumentation around, aiming to express the pressure of walls closing in. Being trapped by society, needing to expand and embrace the divine feminine, but being boxed in by expectations. Space is about begging for freedom, but being unable to find your truth within the layers of negative voices in your head and all around you.”

Alexa Van grew up in Seattle but is now based in LA, where she moved to pursue her dream of becoming a musician. Alexa is open about darker times in her life where she struggled with drug addiction while living in Portland, OR. Moving to LA to escape her past and get sober, Alexa reconnected with her love for music and allows her past to inform her creative process.

“Music is my lifeline. I feel like I have a story to tell and I want to find the audience that I can help. Music has helped me immensely, and I want to give back in the same way.” Alexa Van shares

Alexa developed her sound over the course of the lockdowns during the pandemic, working with producer and partner Joshua Hawksley she moved on from rock music to a more refined alt-pop sound that felt right for the artist. Alexa Van released her debut single ‘Never Mine’ in 2021, followed by ‘Not My Problem’ and ‘The X’. With several releases already under her belt, Alexa Van is bursting with potential.

Listen To Space By Alexa Van Below

Listen To Space By Alexa Van Below