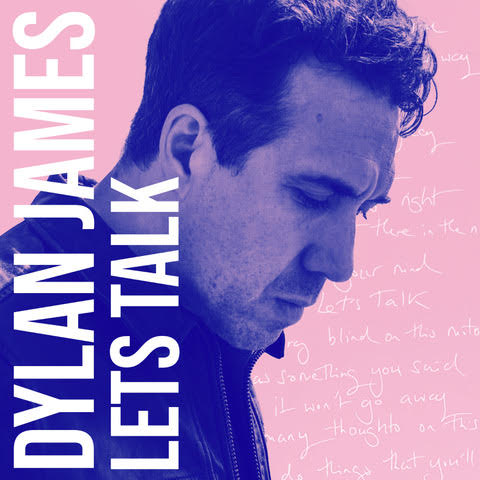 If you haven’t heard of Dylan James before, don’t worry – you’re not alone. While rarely doing interviews or performing live, the singer-songwriter has developed a hushed cult following through his rare home demos. Fans know him for his gift to tell stories that bring out strong, genuine emotion. After half a decade, James is finally ready to share this gift with larger audiences, starting with ‘Let’s Talk’, a single that is sure to leave you deep in thought.

“In two simple words “Let’s talk” summed up my frozen tongue,” says Dylan on the new single. “I couldn’t talk about my feelings, I didn’t know where to start. I would just dig myself another hole hoping it would all go away.”

To combat this Dylan uses his songwriting to open up about the challenges of intimacy, expressing how difficult it is to find happiness while hiding your true feelings. ‘Let’s Talk’ takes listeners on a journey of Dylan’s self-discovery as he grapples with bringing suppressed emotions to the surface. His lyrics, delivered with a signature cracked baritone are matched beautifully by the folksy, melancholic acoustic guitar rhythm and soft but bright drums throughout.

And don’t miss the powerful accompanying video, directed by Qapla4 films. “Such a special lyric and beautiful song needed a human story, with a poignant message” says the director. “It’s about the interplay between four people, who have so much to say to each other but all stop just short of doing so, much to the detriment of each individual relationship.”

London-based singer-songwriter Dylan James has spent the last half decade making a name for himself through his home demos.  With his confessional storytelling James blends together a mix of influences including folk rock, 90’s Brit Pop, and 70’s lo-fi singer-songwriter to create music full of raw emotion. His songs are not of the folk of yore however, nor a litany of Rock’n’Roll cliches. No, James chronicles the home truths he encounters in the day-to-day, the grind & ennui of modern life – whether it’s the latter stages of foiled marriages, drunken failings, broken dreams, world-weary determination or battle-hardened parental commitment. It’s these seldom explored topics that make his observations hit all the harder, and garner him such integrity & conviction.