“The Lie or The Truth” By Chris Day 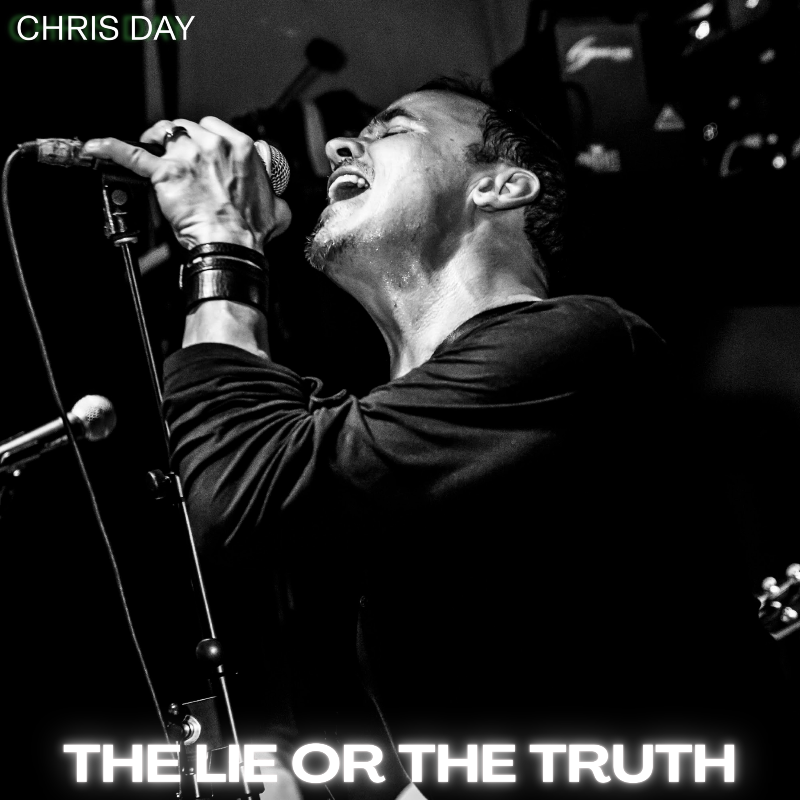 “The Lie or The Truth” is a rock track that is reminiscent of early 2000s pop-rock songs. With searing guitar licks and lyrics that ask powerful questions, the single is a thought-provoking release that cements Day as a voice to watch in the rock space. With production by legendary producer Joe “The Butcher” Nicolo on his upcoming album, “The Lie or The Truth” serves as a sneak peek for what is to come. World weary lyricism and Day’s raspy voice immerse listeners into a nostalgic experience that sticks beyond an initial listen. Pulling no punches, Day questions “which do you want? The lie or the truth?” and expects an answer. Following a stunning guitar solo, the question is posed again and the answer is ultimately up to the listener to consider.

Chris Day is a singer/songwriter guitarist from Philadelphia, PA. He has toured the world bringing his high-energy show to audiences, first with legendary Philly act Tommy Conwell and the Young Rumblers (Sony/Columbia Records) and then as a solo artist.

He recently teamed up with Grammy-winning producer Joe “The Butcher” Nicolo to record a new album called “HIDDEN IN PLAIN SIGHT.”

Chris is always bringing exciting performances with his soaring and passionate vocals and blistering lead guitar work. His raucous crowd-inclusive set is well known for culminating Chris’ crowd-walk through the club, tearing off searing solos while his band keeps chugging along from the stage.

Chris has many years of touring experience worldwide.  Having played hundreds of venues from night clubs to arenas and stadium, along with television performances on David Letterman, Arsenio Hall, American Music Awards and MTV. Day opened for many legendary acts along the way including: David Bowie, Robert Plant, Rod Stewart, The Pretenders, CSN, Bryan Adams, Eddie Money, Foghat, Kansas, The Romantics, The Ramones, Hall and Oates, Chicago, The Smithereens, The Hooters, Robert Hazard, Squeeze and many more.